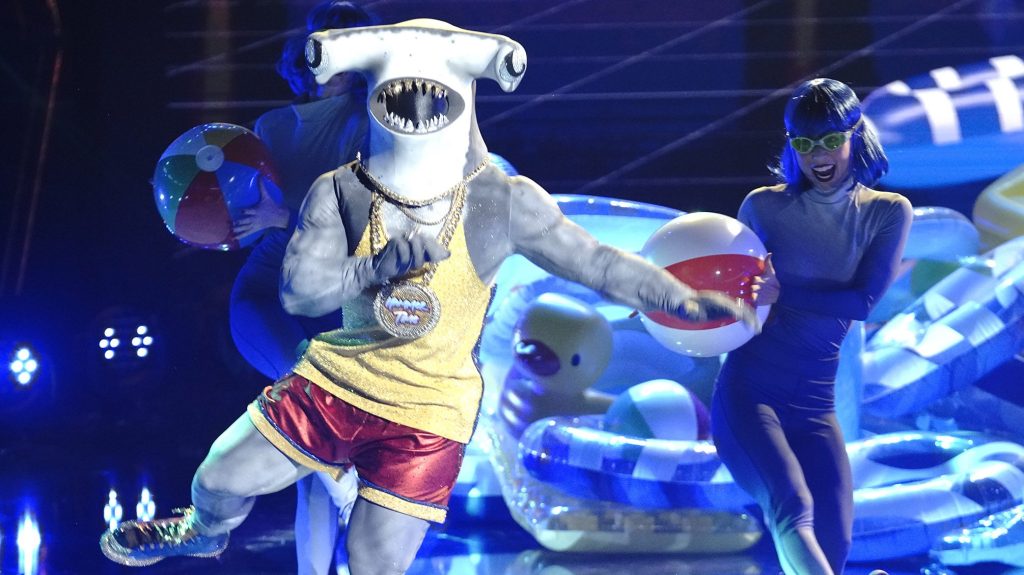 “The Masked Dancer” sounds like a good idea on paper: Take megahit “The Masked Singer,” but the disguised celebrities get their groove — instead of their croon — on. But while Fox and executive producer Craig Plestis kicked around the idea of a spin-off in the wake of “Masked Singer’s” boffo ratings, they still weren’t sure it would work.

On “The Masked Singer,” panelists and viewers try to guess who’s under the costume via clues — but it’s ultimately their singing voices that help give it away or not. A dance show would take away that key component — how could anyone even try to make a guess?

Enter “The Ellen DeGeneres Show,” which had also capitalized on the popularity of “Masked Singer” to create its own “Masked Dancer” stunt. After those segments became viral hits and the “Masked Singer” team saw how well they played, Fox alternative entertainment and specials president Rob Wade said he was finally convinced.

“The segments that Ellen had done was really the thing that persuaded me to do it,” he said. “You saw from the way that [‘Ellen’ DJ Stephen ‘Twitch’ Boss] and her kind of figured out who people were underneath these costumes that we could actually build a proper format around it.”

Plestis noted how DeGeneres and Twitch were able to guess some of the people from a Q&A that they did with the disguised celebrities. “It was a little bit of a proof of concept for us,” he said. “Then we went into development mode. What would make ‘Dancer’ stand out and be different than ‘Singer’?”

That led to some of the differences between the two “Masked” shows. On “Dancer,” clue packages are more story-oriented, with more in-depth, detailed hints. And the producers also added a feature they call “Word Up,” in which the contestant says one word, in their own voice. That word is also a major clue to their identity.

“We were really debating it, is this too big of a clue?” Plestis said. “Once you hear someone’s voice, you kind of really narrow it down. It turned out to be a great element in the show. Some of [the panelists] picked up on a lot of facts, old, young, whatever it might be. But also through some interesting misdirects that took them into other directions.”

Plestis said he believed “Masked Dancer” actually became an easier show for the panelists to guess the celebrity’s identity. “Once you’re observant it just starts clicking in,” he said. Plestis points especially to Abdul, the former “American Idol” judge whose choreography background made her the show’s “secret weapon.”

“She just might be too good at this game, which was fun for her to start looking at the way they walked out on the stage or dancing,” he said. “She started going in into the computer in her head, going It could be x, y or z.”

Among other differences between “Masked Singer” and “Masked Dancer,” the costumes aren’t as gigantic and inflexible on “Dancer” as they might be on “Singer.”

“If you need to do a jump, it can survive without the mask falling off. If you need to take someone above your head, you can do it,” Plestis said.

Even the stage is a bit different from “Singer”: “The set had to be changed because you can’t dance on an egg-shaped set,” Wade said. “And you have to change the lighting configuration. You have to make it look different. Because you don’t want it to be identical. A lot of work goes into that and designing that. It looks similar but it’s actually very different once you actually have to take the time to make the creative changes.”

As for the panelists, besides bringing her dance experience to the show, Abdul also returns to Fox after her successful 2000s run as a judge on “American Idol” (and later, on “The X-Factor”).

“Obviously, it took a minute to sort of talk that this isn’t a judging show, it’s now about how good or bad people are,” Wade said. “They’re panelists, they’re not judges. There’s commentary on performance but you’re not judging the dance. And she’s great. She’s great at guessing, she’s very funny she’s fantastic chemistry with the rest of the panel.”

Green was cast partly because of his experience performing on “The Masked Singer,” as Season 4’s Giraffe. Tisdale brought a performing background and a young perspective to the show, while Jeong remains Fox’s reality TV good luck charm.

“Ken’s getting better at the game,” Plestis said. “Everyone does play the game for real. He’s getting the groove of it now.” Added Wade: “We love Ken and we wanted to have someone from the ‘Masked’ franchise on there because he’s almost like a teacher. He knows how the judging works, so he is incredibly useful from just a teaching point of view for others.”

As for Robinson, the network had been in talks with the comedian for years on a wide variety of projects. “He’s never done this type of competition show, so he just brings a fresh flavor to ‘Dancer,’” Plestis said.

In casting “Masked Dancer,” the show went back to pitch celebrities who had passed on “Singer” but had previously said they’d be open to a dance show.

“There are certain people that want to dance, and there are other persons who want to sing,” Plestis said. “We were approached by many people as well, but also we were looking for individuals who you didn’t know who could dance. That it was either their secret weapon or hobby. And I think we were very successful in uncovering a pretty good selection of celebrities.”

“It’s not easy overall for the celebrities, singing has its own weight but dancing, you’re inside of a costume doing multiple dance routines and a lot of intricate dance routines as well, and telling stories with dance,” Plestis said. “There’s a lot of sweat equity our celebrities put into the show.”

For the producers, there was also the added stress of creating and launching a new competition in the middle of the COVID-19 pandemic.

“With ‘Masked Singer,’ for instance, it was really hard to make in COVID but we knew what the show was, we just had to figure out how to make that show in COVID,” Wade said. “If you’re making a new show, you don’t even know what show you’re making. And you have to make it in COVID. You’re trying to figure out this format in a time when no one can see each other. Training for a dance competition is really difficult when you can obviously be too close to people.”

The pandemic also wound up limiting the involvement of DeGeneres: “The intention was to be a lot more but obviously with COVID happening, it just became an impossibility,” Wade said. “She’s been very helpful obviously with the promotion of the show and very engaged in that. We were going to do a lot with that but unfortunately, obviously she contracted COVID. So in the last few weeks that meant a few things we had planned couldn’t be done. She’s been really supportive and her team have really supported the show.”

Like Season 4 of “The Masked Singer,” the first season of “Masked Dancer” will rely on archived audience reaction shots as well as augmented reality to give the feel of a crowd in the studio.

“These shows, you need audience, you need reaction shots.” Wade said. “You need that to get the story told properly. And it’s still not as good as having them there. The big problem is that there’s a different level of performance from every one — host, panelists, dancers, or singers. When they’re in front of 200-300 screaming people, it’s a very different energy.”

Fox and Plestis are looking at “The Masked Dancer” as a limited series companion to “The Masked Dancer” for now, an opportunity to bridge two cycles of “Dancer.” But long term, “we’ll see how Dancer does, and then ascertain after that if we want to bring that back or whether this is just like a special series,” Wade said. “The hope is obviously we can bring it back in some shape or form.”

Both Plestis and Wade are very aware of the danger of oversaturation. “We just need to pour as much effort into sustaining as much of that as we can,” Wade said. “I think you’ve got something that’s working then of course it’s difficult not to put it on. It’s good to have something on the air that’s really working.”

Added Plestis: “Don’t become predictable, always strive to be different and embrace the bizarre. We can change our format on a dime from season to season, and try different things out. We don’t want to rest on our laurels.”