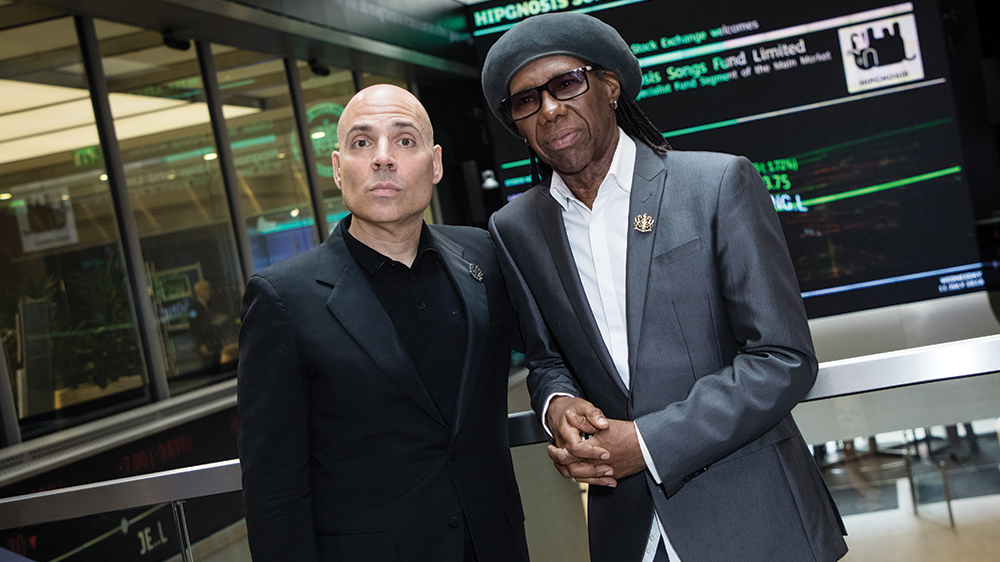 Hipgnosis Songs has acquired 42 catalogs, comprising more than 33,000 songs, from Kobalt Music Copyrights S.à.r.l. for a total consideration of $322.9 million. The catalogs were owned and sold by investors in Kobalt Capital Limited — which is distinct from the music company itself — and the songs will continue to be administered by Kobalt. Founded in 2010, KCL is a financial conduct authority regulated investment advisory firm that focuses on music rights.

The acquisition spans across many musical genres and some 1,500 songwriters (including Lindsey Buckingham, 50 Cent, Steve Winwood, Walter Afanasieff and Skrillex) and includes such hits as Fleetwood Mac’s “Go Your Own Way” and “The Chain,” “All I Want For Christmas Is You” and “One Sweet Day” by Mariah Carey, “Bailando” and “Hero” by Enrique Iglesias, “Higher Love” by Steve Winwood, “Roar” and “Teenage Dream” by Katy Perry, “Bad to the Bone” by George Thorogood, “Halo” by Beyoncé, “Love Shack” by the B-52s, “In Da Club” by 50 Cent, “Sorry” by Justin Bieber, “Let It Go” from Disney’s “Frozen” soundtrack and thousands more.

Willard Ahdritz, Founder & Chairman of Kobalt and Chief Investment Officer of Kobalt Capital Limited, said, “When we started [Kobalt Capital] in 2010, it was the world’s first regulated music royalties fund, offering clients our unique, transparent service and giving them comfort that we could provide a long-term commitment to administer their works if they wanted to sell their copyrights. Today, I am pleased to say that we have delivered on our promises to both our clients and our investors. The KCL advisory board has agreed to sell our first fund to Hipgnosis..”

The acquisition, the most recent and likely the largest by the rapidly growing Hipgnosis, was funded with the net proceeds from its September equity fundraising, along with its existing leverage facility. According to the announcement, Hipgnosis Songs Fund Limited total portfolio comprises 117 catalogs and 57,000 Songs, with an aggregate acquisition value of £1.18 billion ($1.525 billion). Hipgnosis’ annual report, released over the summer, showed its revenues soaring in its first full year of business, climbing to $81 million in the 12 month period ended in March 2020 from around $8.9 million in the preceding period. The firm, which has been on an unprecedented acquisition binge of hit songwriter and producer catalogs — been buying up catalogs by hitmakers ranging from Timbaland and Eurythmics’ Dave Stewart to Jack Antonoff and Jeff Bhasker —  began trading on the London Stock Exchange in July of 2018.

In September, Hipgnosis obtained the infrastructure to manage those catalogs by acquiring Big Deal Music Group, bringing aboard its senior staff, with Kenny MacPherson becoming CEO of Hipgnosis Songs Group and reporting directly to founder and CEO Merck Mercuriadis.

Merck Mercuriadis, Founder of Hipgnosis Songs Fund Limited and The Family (Music) Limited (pictured above with cofounder Nile Rodgers), said: “Hipgnosis has had a special relationship with Kobalt Music since its inception so it’s only natural that we would eventually make a deal like this for Kobalt Capital’s inaugural fund. Willard, Johan and Laurent have curated a wonderful portfolio of proven songs that is incomparable with almost anything other than the Hipgnosis Songs catalogue which it complements beautifully. They are both small catalogues with songs of great cultural importance and an incredibly high degree of success within them from amongst the most important songwriters and artists in music’s rich history. These special songs that have had such extraordinary success have a lot more joy to bring the world and we look forward to working with these phenomenal creators in taking their songs to new heights while protecting their legacies.”

Laurent Hubert, Chief Executive Officer, Kobalt Music Group, said, “Since 2018, Hipgnosis has been a client and as Merck continues to grow his Catalogue of songs, one thing will remain constant: Kobalt will continue to deliver best-in-class publishing admin services.”

Johan Ahlstrom, Chief Executive Officer, Kobalt Capital Limited, said, “We are pleased to sell this select portfolio to Hipgnosis and deliver our clients a great return on their investment in music. As the industry continues to grow, KCL will continue to be active in acquisitions and advise across our funds for our clients and investors.”