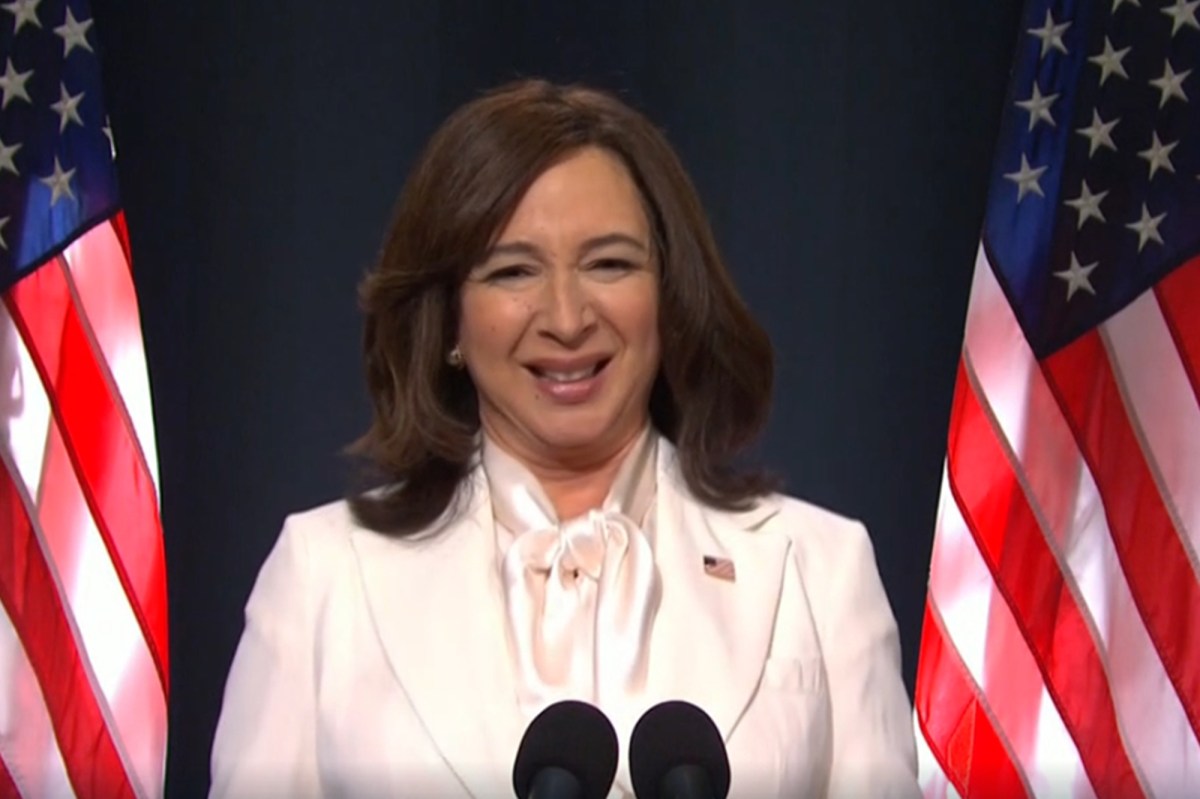 It was no surprise this week that the last 2020 presidential election sketch of “Saturday Night Live” threw back to 2016’s memorable result.

Four years ago, an emotional Kate McKinnon, playing Hillary Clinton, sat behind a grand piano on the Studio 8H stage and played a mournful rendition of Leonard Cohen’s “Hallelujah” to protest Donald Trump’s shock victory. The comedy show was devastated and chucked their usual funny out the window.

This time, however, it was Alec Baldwin’s Trump at the keys.

“Macho, macho man,” Baldwin sang from the Village People song. “I want to be a macho man.” Hardly hilarious, but you have to admire the show’s dedication to their theme.

Clearly, “SNL” never figured out how to turn the Trump years into laughs, despite so much ripe material, and this last episode was no exception.

Accepting his victory, Jim Carrey’s vanilla Joe Biden remarked, “Do you believe it? I honestly kinda can’t.” The actor, who was always a bland choice for the president-elect, had nothing else to offer.

Then Maya Rudolph arrived onstage as Vice President-elect Kamala Harris, with genuine tears in her eyes, to acknowledge the history Harris made as the first black woman and Indian-American VP.

“Between us,” she said, “we check more boxes than a disqualified ballot.” A solid one-liner, and a lovely, heartfelt moment.

Honestly, I wish it would’ve ended right there. The political commentary on this season of “SNL” has not been excoriating or incisive, clever or creative. Few will remember any of these dull, juvenile sketches like we have the genius of years past.

Tonight could’ve been a sweet, forceful show that acknowledged a win and a woman’s historical achievement. But, dang it, they had to shove Baldwin’s dreadful Trump impression in there.

“They started whittling away my votes,” the actor said of the days-long state election counts. “Until there was a wittle bit weft.”

Let’s hope that’s the last we hear of the godawful Baldwin as the 45th president on “SNL.” His performance was an irritating chore that drew ire from both sides of the aisle.