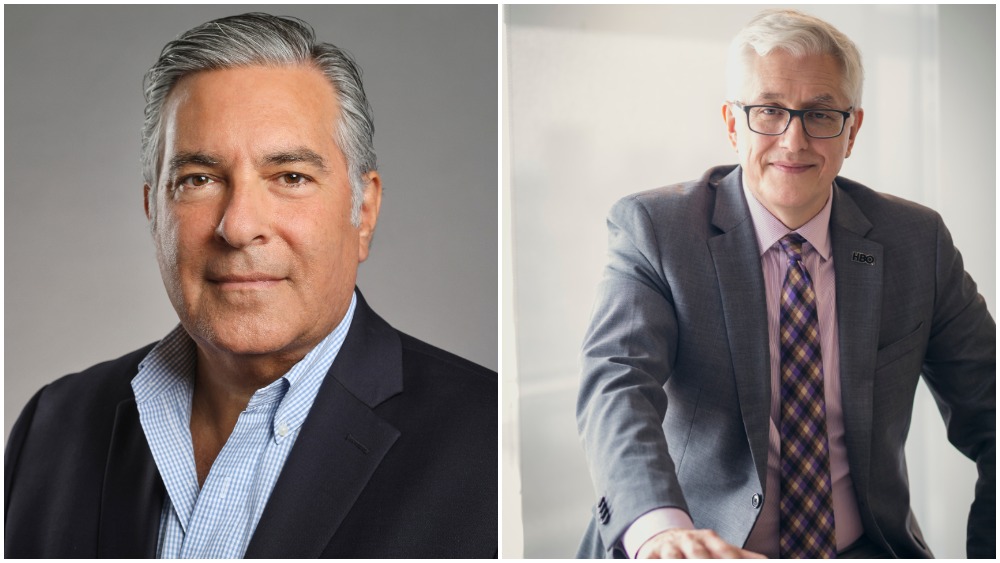 Peraza (pictured, left) is part of the founding team that launched HBO in Latin America in 1991 and is a pioneer of the local audiovisual industry. He was responsible for development of the first premium local content in the market, investing in original programming and discovering new talent.

Original content overseen by Peraza includes “Epitafios,” “Mandrake,” International Emmy winner “Sr. Avila,” International Emmy nominees “Sons of Carnival,” “Capadocia,” “Profugos,” “Psy,” and “The Bronze Garden,” as well as hundreds of hours of series, movies, documentaries and animation specials that were broadcast in Latin America and the rest of the world.

Peraza assumed the role of president of networks for HBO Latin America in 2014 and was responsible for overseeing original productions, content acquisitions, programming and on-air, creative services, consumer marketing and research, and communications for all owned and operated networks of the group.

Rios (pictured, right) joined HBO in 1994 as a programming executive and the first employee in Brazil, where he helped launch the company locally. He later assumed the role of vice president of acquisitions and programming, and went on to become head of original production for the brand in the region. Over the past 27 years, he managed and participated in the acquisition of broadcasting rights for thousands of films and programs, as well as in the production of over 800 hours of local original content that aired via HBO and Cinemax throughout Latin America and the rest of the world.

Whit Richardson, president, WarnerMedia Latin America, said: “Luis is an industry giant who helped shape the Latin American media business. We are deeply thankful for his leadership and his vision to bring HBO to the highest levels of recognition in our region.”

“As a member of the founding team of HBO in Latin America, I am very proud to have helped launch the service 30 years ago and shaped it to its current state. This has been such a great journey, and I am thankful to so many talented co-workers and colleagues who have joined in this enterprise,” said Peraza. “I wish them the very best in continuing to position our company and our brand as a favorite in the region.”

“By providing the space where creative minds could show fresh ideas, develop new formats, and take creative risks to build stories that connect to the audience in the region, I wanted to create an environment where quality and creative freedom served as a magnet for talent, attracting some of the best actors, screenwriters, directors and production companies to partner with us,” said Rios. “I feel very fortunate to have helped HBO make a difference in the Latin American industry, and will treasure these stories forever.”