Harry Styles is investing in a new arena to be built in his hometown of Manchester. Dubbed “Co-op Live,” the Oak View Group (OVG) is leading the effort to construct the venue, which gained planning approval in September and is set to open in 2023.

Its arrival represents a £350 million ($455 million) investment in the city and should generate 3,500 jobs during construction, along with another 1,000 jobs once completed. The site will be among the largest indoor venues in the U.K. and is slated to begin construction in November.

Oak View Group is a leader in live entertainment and global sports and was founded by Tim Leiweke and Irving Azoff in 2015. (Azoff’s Full Stop Management represents Styles.) OVG boasts eight divisions and offices in Los Angeles, New York, Seattle, Philadelphia and London. The firm has linked with Manchester’s Co-operative Group, one of the U.K.’s biggest retail chains, for the venture.

According to an announcement, Styles “will take more than just a capital interest, he will also be actively involved in the development of the project … and will work alongside OVG’s UK and international team on delivering world-leading experiences at Co-op Live, with a particular focus on fans, unique premium and hospitality areas, and artist spaces.”

The “Co-op” attachment has sentimental value for Styles whose first job was delivering newspapers for a Co-op store in his pre-“X Factor” days. Meanwhile, Manchester was where Styles first auditioned for the competition show in 2010.

Said Styles: “I’m incredibly proud and excited to be partnering with OVG on their plans for Co-op Live. Manchester is an incredible city, filled with incredible people, and I couldn’t be happier being involved in this project. It very much feels like coming home. … I was drawn to this project on every level, from the opportunities it brings to the contribution it will make to the city, and most importantly, that it will allow even more live music to thrive in Manchester. It’s just another sign that this amazing city continues to grow.”

“At OVG our vision is driven by a unique view that puts fans and artists first in every decision we make,” added Francesca Bodie, OVG’s president of business development. “There’s no artist in the world right now better placed than Harry to advise us on delivering a first-class experience for visitors and artists at Co-op Live. … We’re focused on building one of the world’s best arenas in Manchester and Harry’s advice and consultation is going to be invaluable as we work to deliver that.”

The arena will be located on the Manchester City Football Club’s Etihad Campus and has been designed as the most sustainable arena in Europe. The partnership with Co-op will see the venue generate at least £1 million ($1.3 million) annually for good causes both locally in Manchester and across the U.K.

Manchester is currently home to several large music venues including the Manchester Arena, known as the AO Arena, and Emirates Old Trafford stadium. The former was the site of a bombing outside an Ariana Grande concert in May 2017 and the latter hosted the all-star One Love Manchester benefit concert some two weeks later.

This year, the concert industry has been hit hard due to the coronavirus pandemic which has all but stopped live performances and caused the sector’s revenues — which in 2019 were north of $10 billion — to drop to the tune of 90%.

Greater Manchester is currently under Tier 3 coronavirus restrictions — among the highest COVID-19 alert levels in the country — which limit interaction between households and has shuttered some businesses.

See renderings of the proposed venue below: 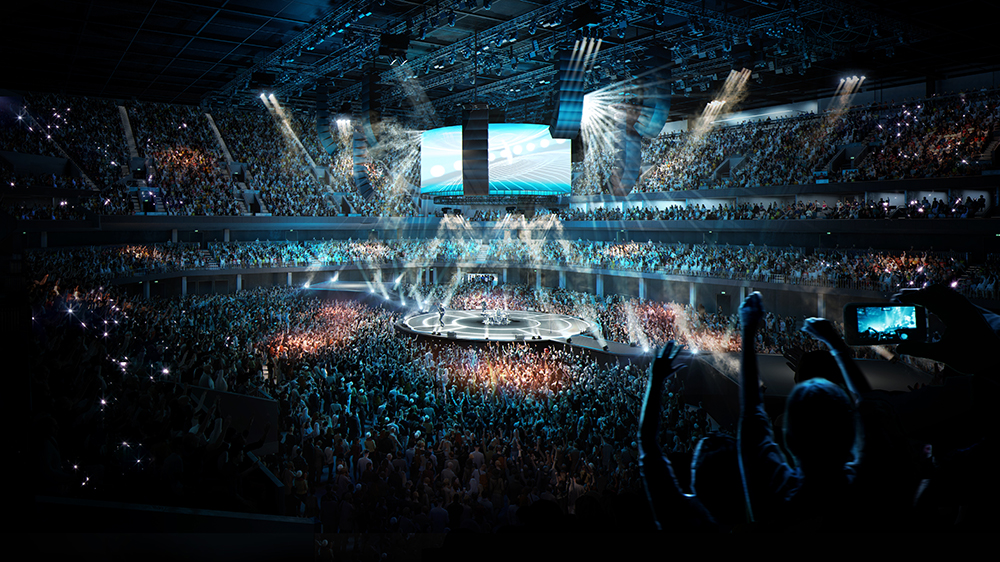 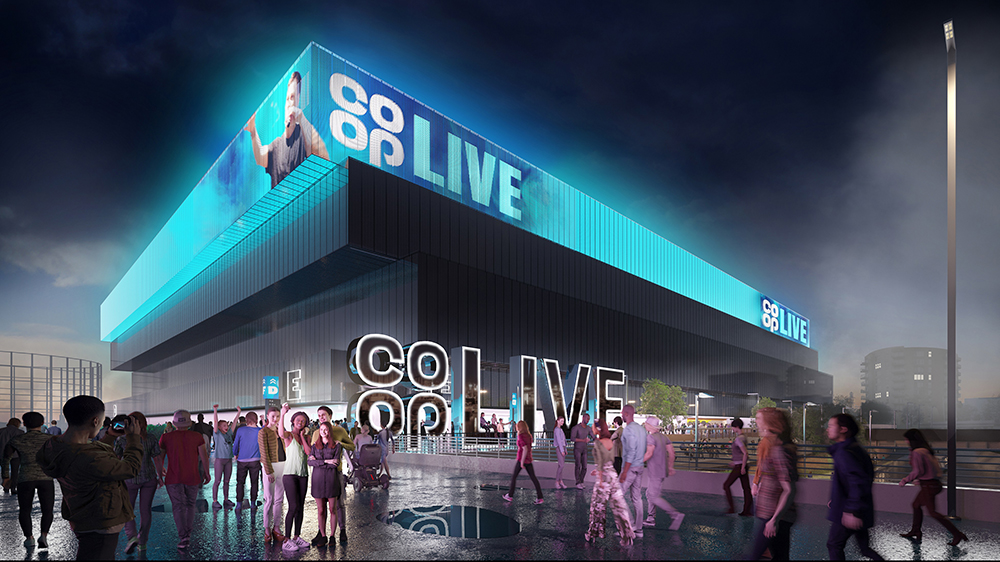 Manori Ravindran contributed to this report.