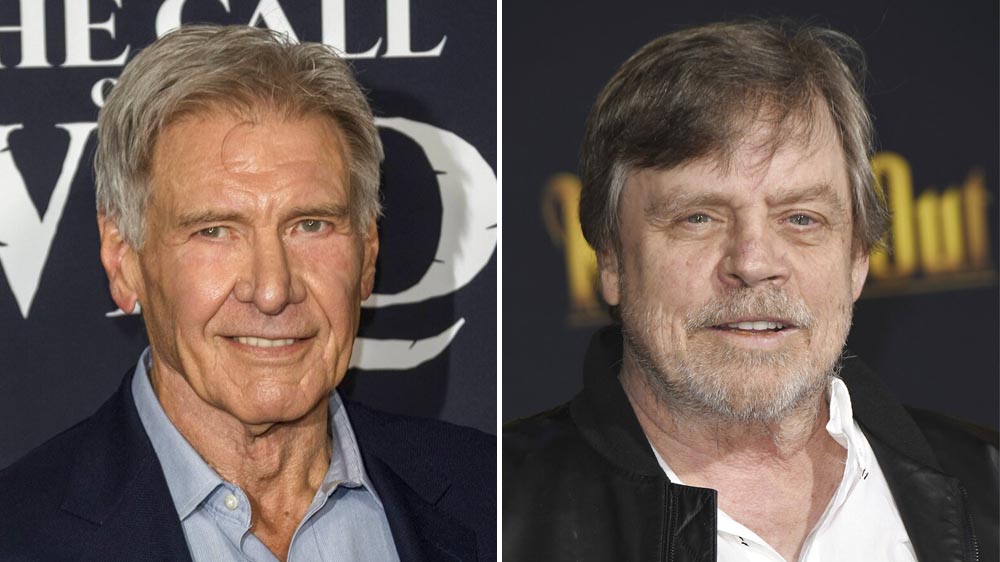 “Star Wars” stars Harrison Ford and Mark Hamill have both lent their talent to spots for anti-Trump Republican group The Lincoln Project.

Titled “Fauci” and “Absentee,” respectively,” the two videos were released on Monday in a last-minute appeal to voters. “Fauci,” voiced by Ford, focused on Trump’s response to COVID-19 and his criticism of Dr. Anthony Fauci, the director of the National Institute of Allergy and Infectious Diseases.

“He has served the American people tirelessly, honorably and selflessly from Reagan to Bush to Clinton to Bush to Obama, and now, to Trump,” Ford says in the video. The clip then changes to a black screen, with Trump supporters yelling, “Fire Fauci!” and Trump responding, “Don’t tell anybody, but let me wait until a little bit after the election.”

Ford ends the 50-second spot with a call to action: “Tomorrow, you can fire only one of them. The choice is yours.”

On the other hand, Hamill’s contribution to The Lincoln Project focuses on absentee voting. The actor appears on the screen of an old television, saying: “Tyranny didn’t end with the American Revolution. Not for everyone. Not by a longshot. Nearly a hundred years of elected leadership failed to write that wrong, and America went to war with ourselves to fix it. Never before has the truth been so clear: elections have consequences.”

Hamill gives a short lesson on the history of absentee voting, emphasizing the importance of this right and how Trump is trying to thwart it.

“Now more than 150 years later, tyranny is looking for a new foothold. President Trump has called for the election to be decided on and only on those ballots that arrive by Nov. 3,” Hamill says. “If he gets his way, many who cast absentee ballots will not have their votes counted. This will deny thousands of troops overseas of their most sacred right.”

Once again, the video ends with a message encouraging viewers to vote. “Donald Trump doesn’t get to decide the future of America’s leadership. The American people do,” Hamill says. “Make every vote count. And count every vote.”

Watch both videos below.