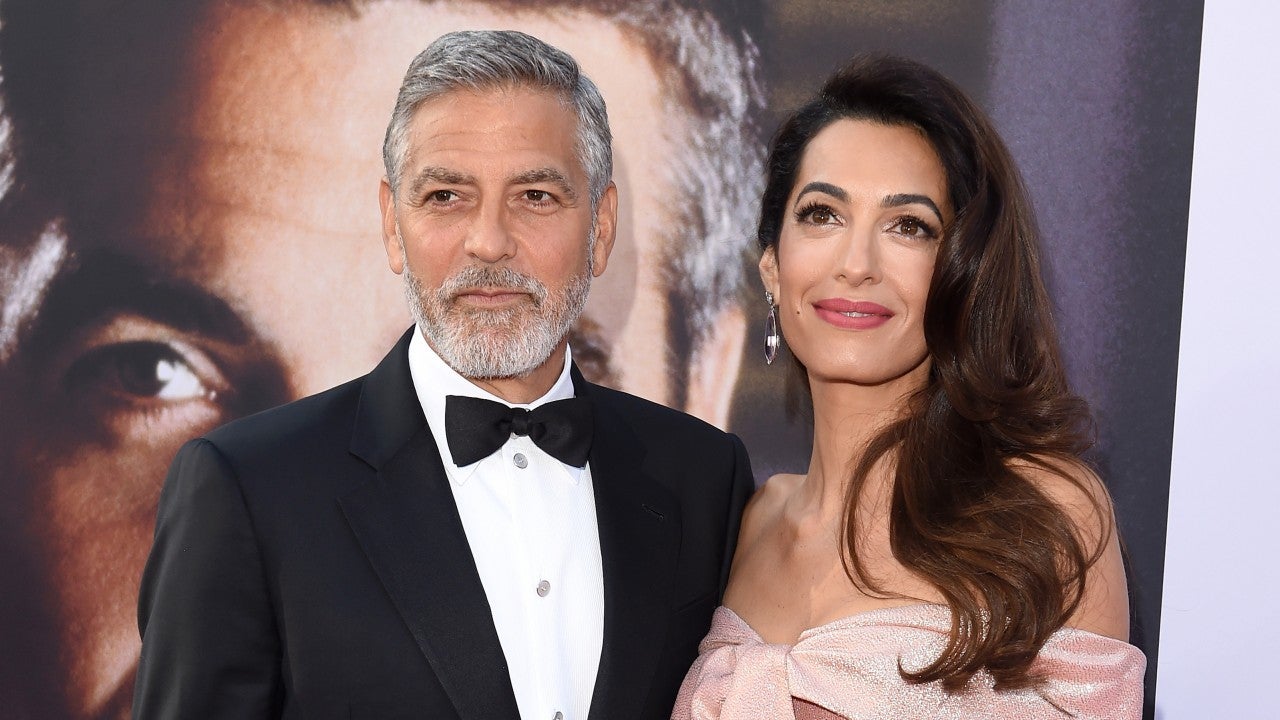 George Clooney gave his wife, Amal, a sweet shout out at Variety’s Power of Women: Los Angeles Event — just by introducing himself!

The Oscar-winning actor was on hand to introduce Emma González, a young activist who survived the 2018 Stoneman Douglas High School shooting, and knew that when it came to these types of events, it’s his human rights attorney wife who has the impressive resume.

“Hi, I’m George. I’m Amal Clooney’s husband,” he said onstage, as the ballroom erupted in loud cheers and a round of applause, an eyewitness tells ET. The Tomorrowland star attended the event solo, as Amal was in Philadelphia at the Pennsylvania Conference for Women 2018, where she delivered the event’s keynote speech.

And despite his modest introduction at Variety’s event, presented by Lifetime and sponsored by Audi and Moroccan Oil, ET’s eyewitness says that George appeared to be a hot commodity, with the room eager to get pictures of the star as soon as he stepped on stage.

González, who was honored for her work in gun control reform with March for Our Lives, moved the audience to tears during her emotional speech, our eyewitness says. Tiffany Haddish (The Unusual Suspects Theatre Company), Regina King (I Have A Dream Foundation), Natalie Portman (Time’s Up), and Lena Waithe (The Trevor Project) were also honored.

“The women I’m standing alongside of really remind you that you’re doing something right but I just feel humbled by all of it,” Waithe told ET at the event’s the red carpet. “[I’m] truly grateful.”

See more from Waithe’s interview in the video below.