Geoffrey Owens Is Back on Set After Leaving Grocery Store Job: Pics 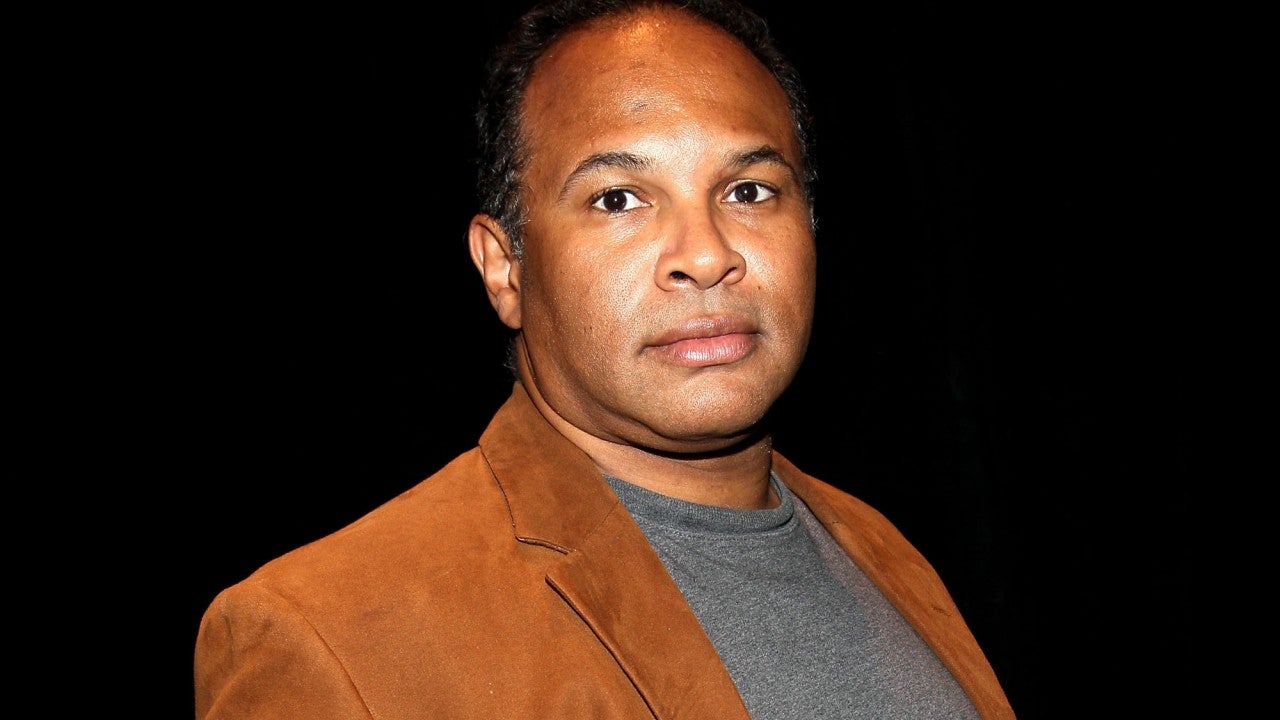 Geoffrey Owens is back doing what he loves!

The former Cosby Show star — who made headlines earlier this month after a fan took pictures of him working at Trader Joe’s — is hard at work in Atlanta, Georgia, on the set of Tyler Perry’s OWN drama, The Have and the Have Nots.

A few of Owens’ new co-workers took to Instagram this week to express their excitement about working with him. Edwina Findley Dickerson, who stars as Kelly on Perry’s If Loving You Is Wrong, posted an adorable selfie of the pair. Wearing a tan collared shirt and a Yale baseball cap, Owens has a giant grin on his face as he poses next to Dickerson, who opted for a silver sequin shirt.

Actor/producer Andra Fuller also shared a photo of himself — clad in an all-black hoodie and pants — with Owens, who’s wearing a gray shirt and a messenger bag.

“Just 2 co-workers happy to be off work,” Fuller quipped alongside the photo. “Lol But seriously, it was a pleasure to work with Geoffrey Owens on HAHN. Work [ethic] and integrity are 2 necessary characteristics that every MAN should possess, yet should NEVER be made fun of.”

Fuller continued, “Kudos to TP for stepping up and creating a role that allowed Mr. Owens to showcase his acting chops perfectly. I look forward to seeing him back doing what he loves to do. ✊💯”

Michael Gillespie, a freelance casting associate, didn’t miss his chance to snap a pic with the 57-year-old actor either! Posing alongside casting professional Tiandra Gayle, the trio can’t stop smiling in the pic.

“What an amazing human 🙌✨,” Gillespie captioned the pic.

Perry, 48, made the initial job offer via Twitter after news of Owens’ job at Trader Joe’s came to light, a time when many celebrities were standing up for the actor.

“#GeoffreyOwens I’m about to start shootings OWN’s number one drama next week! Come join us!!!” Perry wrote. “I have so much respect for people who hustle between gigs. The measure of a true artist.”

#GeoffreyOwens I’m about to start shootings OWN’s number one drama next week! Come join us!!! I have so much respect for people who hustle between gigs. The measure of a true artist.

ET caught up with Owens following Perry’s tweet, and while certainly flattered, he seemed to think it was too good to be true.

“That was kind of cool,” Owens told ET. “I mean, that kind of sounded like he was saying, ‘Come work with me.’ I’m so, like, skeptical. Like, really? Are you actually saying come work with me? Because we’ve never worked together before. So, that’s a very, very generous thing for him to say. And we’ll see what happens with that. But, that’s encouraging.”

While Owens is likely thrilled about his new 10-episode gig, he expressed that he did not want to be offered roles outright as a result of the story breaking. Instead, he said he’d love the opportunity to audition.

“I don’t expect to be offered things. It would be lovely as one of the results of this, some doors open in terms of giving me the opportunity to audition. That, I would appreciate — always, as all actors do,” Owens noted. “I don’t necessarily feel comfortable being given things as a result of this. I mean, I’m not in a position to turn things down but… I don’t expect that kind of thing. I like the idea of, you know, put me in the room with everyone else and see if I’m the right one for the job.”