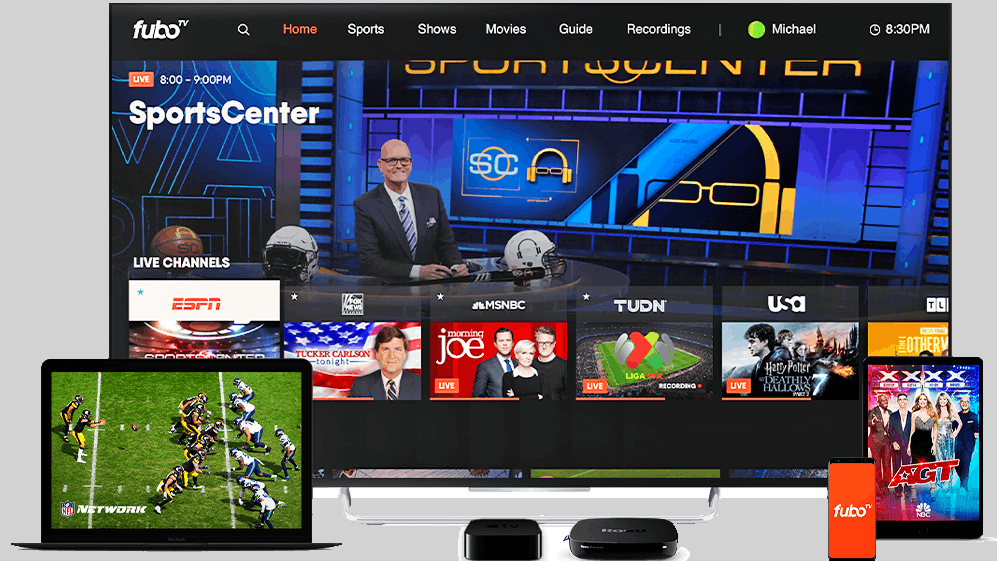 Shares of FuboTV took another dive Thursday after a team of Wall Street analysts initiated coverage of the internet pay-TV company with a “sell” rating and saying it had a valuation that “is just plain egregious.”

FuboTV shares were down more than 11% in early trading Dec. 24, to under $47 per share, after LightShed Partners analysts pegged an $8 per share target price on the stock. The stock hit an all-time high of $60 per share on Tuesday on investor enthusiasm about FuboTV’s prospects for sports betting and ad revenue.

“Fubo may be the most compelling short we have ever identified in our career as analysts,” LightShed analysts Rich Greenfield, Brandon Ross and Mark Kelley wrote in a research note. “Over the past few months, we have seen numerous examples of companies with valuations that defy logic. We understand the broader market dynamics at play with ‘cheap money’ and an exuberant retail investor. However, the run-up in Fubo shares is just plain egregious, in our view.”

The slump in FuboTV’s shares came on the heels of a 15% drop Wednesday, after BMO Capital Markets analyst Dan Salmon cut his rating from “outperform” to “market perform” on the company’s high valuation.

FuboTV’s current market cap is now around $3.1 billion, shedding about $1 billion of value in the last two days.

FuboTV is vying against much bigger competitors — including YouTube TV, Hulu and Dish’s Sling TV. The company reported 455,000 paid subscribers at the end of the third quarter of 2020 (up 58% year-over-year), posting revenue of $61 million and a net loss of $274 million for Q3.

FuboTV went public in October after merging with FaceBank Group, a tech company that creates digital likenesses of celebrities and sports stars.

“To be honest, prior to the FaceBank transaction earlier this year, we were not sure Fubo would even survive 2020 as it was unable to raise capital given the lack of investor confidence in the vMPVD [virtual multichannel programming video distributor] unit economics/business model,” the LightShed analysts wrote.

BMO’s Salmon, on the other hand, remains fairly bullish on FuboTV. The analysts raised price target on FuboTV (from $33 to $50 per share), implying the stock is worth 10.3 times estimated 2022 EV/revenue and 38.1 times 2022E EV/gross profit.

“We think Fubo continues to offer a more promising path to profitability than most new investors expect,” Salmon wrote.

With FuboTV’s acquisition this month of Balto Sports, a developer of sports-fantasy gaming tools, “we expect Fubo to roll out free-to-play gaming in 2021 and we anticipate more announcements in the coming months,” according to Salmon. “Management is taking a deliberate approach toward expansion and we view its multiphase approach as prudent.”