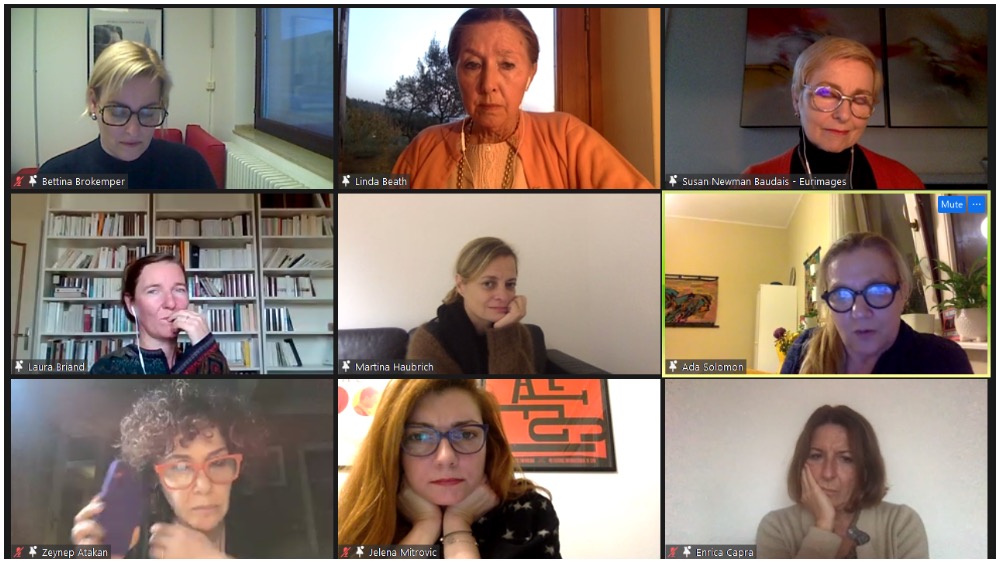 While international co-productions have for years been trending upwards across much of Europe, the coronavirus pandemic has forced many of the continent’s producers to rethink how they finance and shoot in an era of uncertainty. With government support schemes varying from one country to the next, and no clear sense of how cross-border travel will fare in the months ahead, many producers are thinking outside the box as they adapt to changing circumstances.

The challenge for producers moving forward was the subject of “The Current State of Co-production,” an online panel on Monday, which brought together eight leading women producers from across Europe. Presented during the Thessaloniki Film Festival, the discussion was hosted by the European Women’s Audiovisual Network (EWA), with the support of Greece’s National Center of Audiovisual Media and Communication (EKOME).

The upside—for 2020 at least—is that most European producers appear determined to keep the production pipeline flowing. “We haven’t seen a great drop in productions coming to us,” said Susan Newman of Eurimages, the European co-production film fund, which offers support to roughly 200 projects a year. Conversely, because financing has tightened across the continent, the organization is seeing an increased number of applicants from the producers of lower-budget films who might not have applied for Eurimages funding in the past.

The financial impact of the pandemic has nevertheless taken a toll. “We do see changes on bigger projects that were already supported and were ready to go into production at the time of the first lockdown,” said Newman. “We can see a big increase, maybe 6-9% in costs, coming in the country where the shooting is taking place.”

Where government support has been introduced to offset rising costs due to COVID-19, as in France, the relief scheme only covers spend in that country, putting a stress on existing co-production agreements. “I think we’re going to face a lot of difficulty in designing and accepting co-productions at Eurimages over the next while,” said Newman, “because the basic structures will become a little unbalanced and hard to maintain.”

In Germany, the first wave of coronavirus infections in the spring put a halt to production, and the staggered restart has made it all but impossible to resume a normal workflow. “In the worst case, you prepped three or four times before you could actually [shoot],” said producer Bettina Brokemper (“Melancholia,” “Nymphomaniac: Vol. 1”), who estimated that COVID 19-related costs had increased her budgets by roughly 30%.

In Europe’s wealthier capitals, governments have stepped up to provide some measure of relief. Just days into the pandemic, Germany’s federal and state film funding bodies announced a €15 million ($17.8 million) emergency fund for producers and distributors hit by the crisis. France has bolstered production with the help of a €100 million ($118 million) indemnity fund to cover shoots during the pandemic, and the government continues to put new relief measures on the table, said producer Laura Briand.

In Italy, where the culture ministry raised tax credits for productions from 30-40% of expenses, “the state has given to people who were already shooting the possibility to…balance the losses” by allowing producers to spend that credit up front, according to producer Enrica Capra.

Further east, the situation looks more uncertain. After production in Turkey ground to a halt this spring, followed by the dramatic tailspin of the Turkish lira, producer Zeynep Atakan (“Winter Sleep,” “Once Upon a Time in Anatolia”) estimated that close to a dozen international co-productions were postponed until 2021.

In Serbia, production was able to restart earlier this year, “but we don’t have any insurance coming to us, and there is no help coming from the state or COVID funds for film shooting,” according to producer Jelena Mitrovic (“Circles,” “The Trap”). “People are rushing to finish the shooting…before everything stops again. Nobody knows. It’s so unpredictable, it’s so frustrating,” she said. “At the moment, we don’t have any funds that can help productions with corona tests, with insurance. Every production is making their own rules.”

A similar dynamic has played out in Bulgaria, where local powerhouse Nu Boyana Studios has attempted to address the government’s inadequate response by “strengthening [and] introducing protocol for shooting during corona time,” said producer Martichka Bozhilova (“Touch Me Not”). However, she stressed that that alone isn’t enough to replace a coordinated response. “If I have to be honest, it’s all at the risk of each producer, what kind of measures and implementation is going to [be] used during the production.”

The Romanian film industry’s struggles to restart have been compounded by a political crisis that for the past two years has hamstrung its 35-45% cash rebate. “We don’t have any kind of support, neither for the production, neither for the insurance. There is nothing. Zero,” said producer Ada Solomon (“Toni Erdmann,” “Aferim!”). “It’s not a matter of money. This is even more frustrating…. There is no will, and there is a complete ignorance of the role—both cultural and economic—of the film industry, and of culture in general.”

An upside to the crisis has been the way in which it’s spurred collective action. “The only big success that we had was the fact that, after 20 years of trying to organize ourselves…finally we do have an organization of the producers where we are together,” said Solomon, of the newly formed Alliance of Romanian Producers. “We are working together, and finally we have a common voice.”

As for how the coronavirus pandemic will reshape the production landscape in Europe moving forward, Brokemper said 2020 has forced her to rethink some of her existing co-productions. “For the things I’ve planned in 2021, I’m considering to shoot everything in Germany, so that I have this insurance that I would otherwise not have,” she said. “That would probably mean that I could not use the co-production that’s already in place, or we find creative ways of keeping it alive under different percentages.”

Instead of three shoots during this unprecedented pandemic year, Brokemper only managed to pull off one—“in three parts,” she added. “I don’t want to have planes and borders and everything cancelled on me again. I’m really afraid of that.”

She continued: “On my bigger projects, I’m moving to ‘22, hoping that there is a vaccine. Or insurance. I don’t care, whatever comes first. But I’m still developing co-productions. It doesn’t change my passion for co-productions. I just try to be realistic about what can be achieved.”