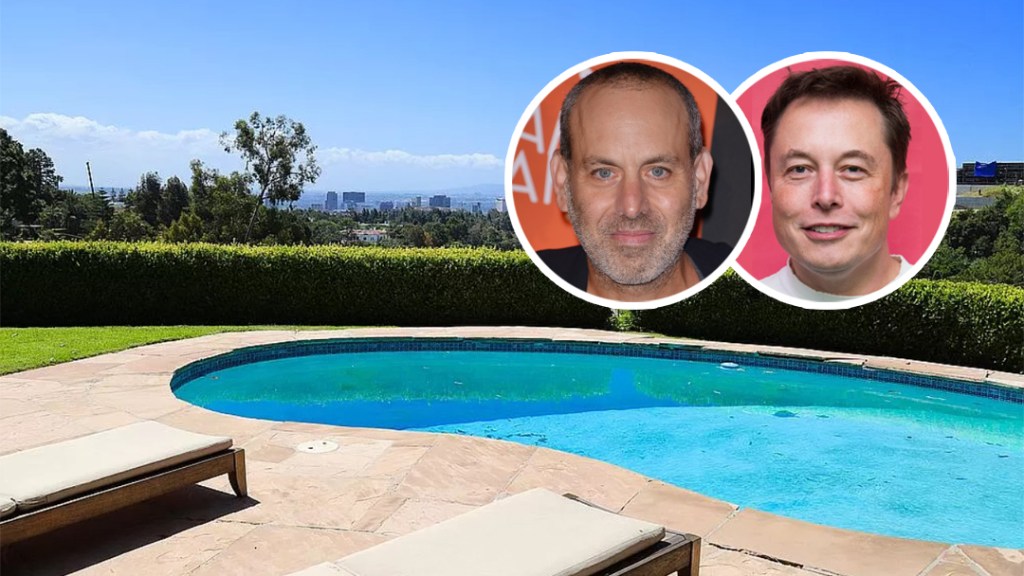 Much as he’s done in business, Elon Musk appears to be blazing his own trail when it comes to buying and selling houses. After listing all six of his Bel Air estates earlier this year to much fanfare, the Tesla and SpaceX tycoon is proving the naysayers wrong, slowly but surely unloading each of the properties — all without the aid of a realtor, apparently.

Four months ago, Musk sold his largest Bel Air mansion to Chinese billionaire “William” Ding Lei for $29 million in cash. Now records reveal he’s unloaded a second house, the former Gene Wilder estate, for exactly $7 million in another off-market deal. That’s $250,000 more than he paid for the property in 2013, a profit that quickly evaporates once taxes and seven years of upkeep costs are factored into the equation.

Interestingly, the new owner is an LLC whose sole manager is Elizabeth Hunter, a Hollywood screenwriter and TV producer (“Empire,” “Charmed,” “The L Word”) who has long lived in L.A.’s Silver Lake neighborhood. And since 2015, Hunter has been married to filmmaker Jordan Walker-Pearlman, a nephew of Gene Wilder.

What plans Hunter and Walker-Pearlman have for the low-slung home aren’t yet clear, but Musk made headlines when he tweeted, back in May, that the house “cannot be torn down,” a statement that surely discouraged local developers eying the prime parcel, which sports direct views of the Bel Air Country Club golf greens.

Musk was feeling generous toward Hunter and Walker-Pearlman, too. Records suggest he lent them as much as $6.7 million to finance the Wilder house purchase.

The Bel Air lot spans .78-acre and features a roughly 2,800-square-foot, shingle-sided ranch house originally built in 1951. Though the property has been updated since Wilder owned the place — the late “Willy Wonka” actor sold it in 2007 — it retains much of the original design’s spirit. There are 5 bedrooms and 4.5 baths, plus a private guest cottage and a kidney-shaped swimming pool on the premises, which are securely gated for privacy. The house itself is invisible from the street, hidden behind a dense wall of tall privet hedges and overgrown ivy.

Musk himself never actually occupied the Wilder estate as his own home; rather, the property was used as an ultra-exclusive private school codenamed AdAstra for his children and the children of a select group of top SpaceX and Tesla employees.

For the time being, Musk continues to own four other Bel Air properties he’d like to sell, each one done up in wildly divergent architectural styles and ranging in price from about $5 million to well north of $20 million. The occasional Twitter troll has said he plans to rent his next Los Angeles home, though records show his longtime girlfriend — celebrity musician Grimes — continues to own a snazzily renovated house in Pasadena, out in L.A.’s San Gabriel Valley.