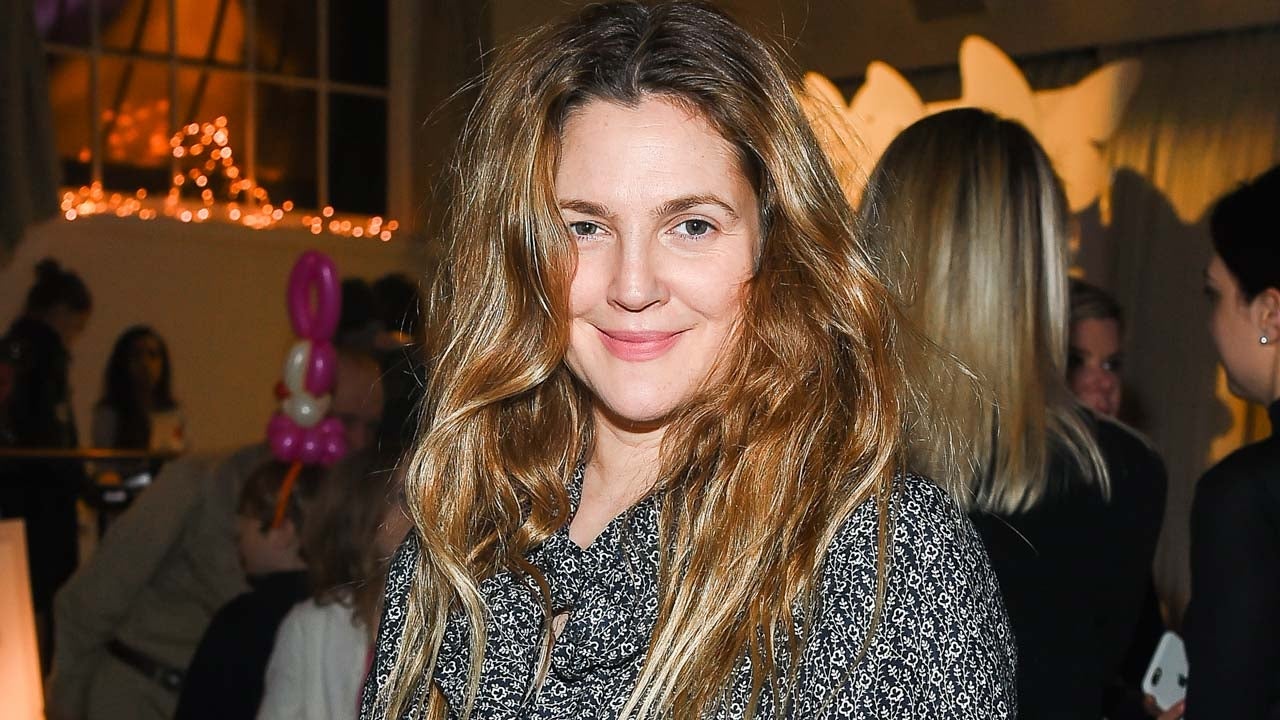 An “interview” with Barrymore appears in EgyptAir’s in-flight magazine, Horus, and recently went viral after a passenger tweeted out the article, which includes wild quotes from the actress. A spokesperson for the Santa Clarita Diet star claims to the Huffington Post, however, that the interview never happened and they are “working with the airline PR team.”

It all started when Adam Baron, a writer and political analyst who was traveling to Cairo, shared pics from the magazine feature to Twitter, writing, “This interview with Drew Barrymore in the Egypt Air in flight magazine is, umm, surreal.”

This interview with Drew Barrymore in the Egypt Air in flight magazine is, umm, surreal. pic.twitter.com/fN3lNHXbL0

Written by Aida Tekla, the article is filled with grammatical errors and claims that Barrymore has taken a break from the spotlight to focus on her “crucial role” of being a mother to her two children, daughters Olive, 6, and Frankie, 4, whom she shares with her ex-husband, Will Kopelman.

The article quotes Barrymore as saying “I would only resume my career when I feel that my daughters can depend on themselves.”

Tekla also quotes Barrymore as saying that she feels “overwhelmed” when people ask her about what it was like losing weight after the birth of her youngest child: “I feel overwhelmed when someone tells me that I have regained my image and managed to lose that extra weight, especially that I felt depressed due to the significant increase in my weight after delivering Frankie. However, I find this a great opportunity to encourage every woman who is overweight to work on regaining her beauty and body, especially that it is not as hard as one may think; it is all about determination and following the appropriate diet under the supervision of a physician.”

Later, Tekla also makes bizarre claims of her own, writing, “It is known that Barrymore has had almost 17 relationships, engagements and marriages” and that psychologists believe that her “behavior is only natural since she lacked the male role model in her life after her parents’ divorce when she was only 9 years.”

“Ever since that time, she has been subconsciously seeking attention and care from a male figure,” Tekla continues. “But unfortunately things do not always go as planned and she has not yet succeeded in any relationship for various reasons.”

Ever since the so-called interview went viral, EgyptAir has been responding to some users on Twitter, standing by the fact that the interview was valid. “This a professional magazine interview conducted by Dr. Aida Tekla Former president of the HFPA (Hollywood Foreign Press Association) and one of the voting members of the Golden Globes,” they claim.

Dear sir, this a professional magazine interview conducted by Dr. Aida Tekla Former president of the HFPA (Hollywood Foreign Press Association) and one of the voting members of the Golden Globes.

They also retweeted a post that is seemingly from the writer, known professionally as Dr. Aida Tekla-O’Reilly.

“This doesn’t negate the fact that the interview with Drew Barrimoor [sic] which took place in New York is genuine &far from fake,” she wrote. “As far as Drew we interviewed her several times I saw her grow up before my eyes she is charming and talented. @EGYPTAIR.”

ET has reached out to Barrymore’s rep for comment.

Drew Barrymore Opens Up About Past Cocaine Use: ‘It Seems Like My Worst Nightmare Right Now’