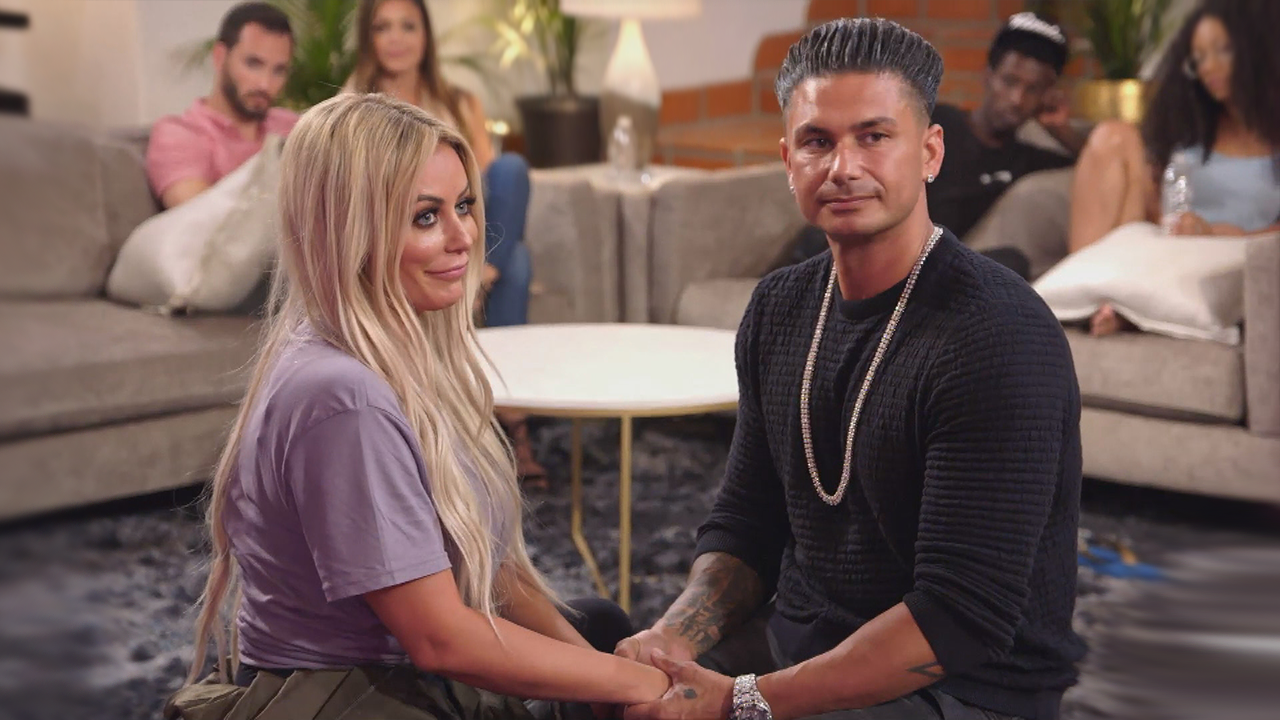 DJ Pauly D and Aubrey O’Day have no problem about talking about what goes on in the bedroom!

The former couple’s relationship is currently playing out on Marriage Boot Camp: Reality Stars, where it’s become clear what their romance was lacking: emotional support and communication. In ET’s exclusive clip of Friday’s episode of the WE tv series, Pauly and Aubrey agree that they placed more emphasis on the physical side of things, while acting out sex positions.

The pair tries to act out the “Aquarius” position for the group, before Aubrey reveals that their usual sex is a little less ambitious. “So, the most intimate position, obviously, is if we do it like missionary,” she says, as Pauly crawl on top of her.

While speaking with ET at the show’s premiere in August, Pauly said he had no hard feelings about displaying his former relationship on TV. “That was part of my life, so I get to see exactly how it went down,” he said.

“I don’t think [we’ll get back together],” he continued. “Great girl, but we just didn’t work out, and it happens. Just some people aren’t right for each other.”

Watch the full clip in the video player above. Marriage Boot Camp: Reality Stars airs Fridays at 9 p.m. ET/PT on WE tv.