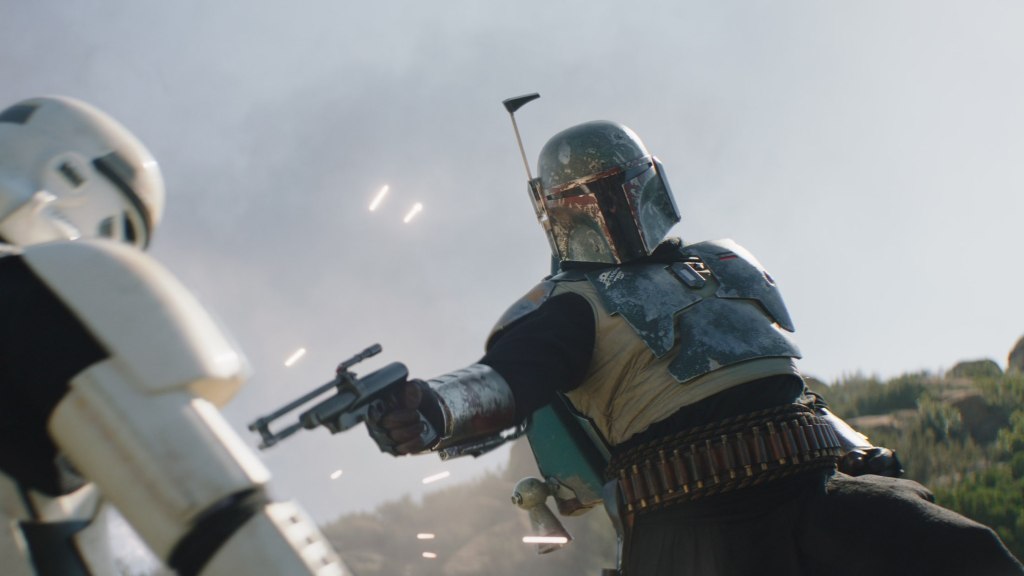 Disney Plus has revealed the first details around its “Mandalorian” spinoff series, “The Book of Boba Fett.”

The series will be executive produced by Favreau and Dave Filoni, along with helmer Robert Rodriguez, who directed the thrilling Chapter 14 (“The Tragedy”) episode in season 2.

“Book of Boba Fett” will also be set within the timeline of “The Mandalorian.” The series will debut in Dec. 2021, and is currently in production, according to Favreau, who announced the news on “Good Morning America.” This means the spinoff will come out well before season 3 of “The Mandalorian.”

Boba Fett first entered the Star Wars universe in 1980’s “Star Wars: The Empire Strikes Back.” Jeremy Bulloch, the original actor who played Boba, passed away last week, but Disney has promised that “his legacy, including all he brought to Boba Fett, goes on. ‘The Book of Boba Fett’ will carry that legacy forward.”

In the snippet following last week’s finale, Morrison’s Boba Fett returns to the palace of Jabba the Hutt on Tatooine and obliterates its new inhabitants. Once they’re all dead, he sits on Jabba’s throne with Fennec Shand by his side, as an ominous title appears declaring “The Book of Boba Fett, coming December 2021.”

Boba was shown to be alive and well in the season 2 premiere of “The Mandalorian,” after he was last seen falling to his supposed death in the Sarlacc Pit in “Return of the Jedi.” In later episodes, Boba regained his iconic green armor from the Mandalorian and proved to be essential in the mission to rescue Baby Yoda from Moff Gideon.

When Boba enters Jabba’s throne room in the credits sequence, he finds Bib Fortuna, the latter’s former chief of staff, occupying the throne, and promptly takes care of him. With Bib squared away, could Boba be poised to take over Jabba’s criminal underworld? All will be revealed…next December.

Those spinoffs, along with several other major pieces of “Star Wars” news, were announced by Lucasfilm president Kathleen Kennedy during Disney Investor Day conference earlier this month.

Will Thorne contributed to this report.