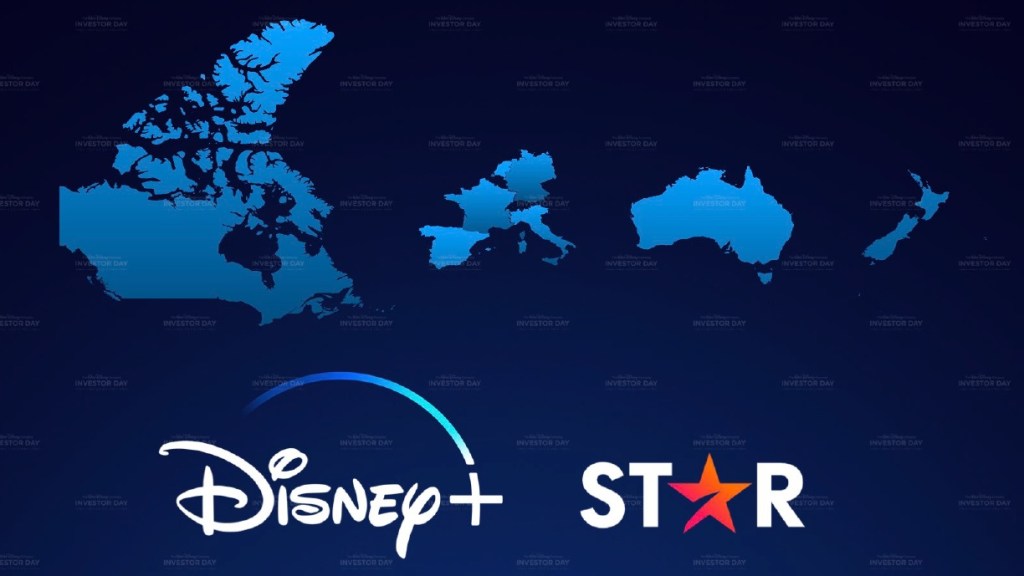 Disney is doubling down on its direct-to-consumer streaming efforts, a strategy that means some international territories next year will see the launch of the Disney Plus and Star packages.

Disney Plus was launched in North America and certain international territories late last year. It has already exceeded expectations by amassing 86.8 million subscribers.

The conglomerate first hinted at a Star streaming service for international markets back in August, when CEO Bob Chapek teased a new “international direct-to-consumer general entertainment offering.” And it revealed more details as part of its mammoth investor day presentations on Thursday.

Star is poised to be the ex-North American equivalent of Hulu, and will address a more adult and edgy market than family- and franchise-oriented Disney Plus. It will pull in content from Disney Television Studios, Touchstone and the content brands FX, 20th Century Studios, 20th Television that were acquired as part of the 21st Century Fox acquisition in 2019. (No mention was made of ABC, Freeform, Searchlight, or the Disney and Hearst-owned A+E Networks.)

Launch of Star in Europe, Canada, Australia and New Zealand is set for Feb. 23, 2021, as a fully-integrated part of Disney Plus, but with its own branded tile.

Disney says that the collection of general entertainment series, movies and documentaries collated under Star will double the content catalog available to Disney Plus subscribers. That helps it justify the price rises being proposed for Disney Plus, which go as high as an additional EUR2 ($2.40) per month in Western Europe.

Disney Plus, including the Star package, will launch for the first time in Singapore in February, followed by Eastern Europe, Hong Kong, Japan, and South Korea later in 2021.

Latin America will be treated to its own version, branded as Star Plus, and launching from June 2021. It is set to contain Star content, enhanced by local original productions, and live sports, including league soccer and grand slam tennis. Disney promises 1,300 film and TV titles at launch, rising to 2,000 after a year, that include 32 first-run series. It can be bought as a stand-alone or as part of the Disney Plus bundle.

While it was once anticipated that Hulu would expand outside the U.S. and offer an “adult Disney”-style global service, Chapek noted in the August conference call that Hulu “has no brand awareness” overseas. (The exception to that analysis is Hulu Japan, which is not a Disney company and instead is 100% owned by Nippon Television.)

Instead, the conglomerate is leaning on the Star brand that it inherited through its acquisition of 21st Century Fox subsidiary Star India. Star has long been India’s leading pay-TV player and its 2015-launched Hotstar, quickly became India’s biggest OTT platform. Operating a fremium model, the renamed Disney Plus Hotstar has more than 300 million active monthly users in India, and it appears to be fast converting casual users into paying subscribers.

The Star streaming launch in East Asia will be a homecoming of sorts for the Star brand.

Satellite Television Asian Region (STAR) was originally launched from Hong Kong by telecoms tycoon Richard Li and his Hutchison (now PCCW) conglomerate, with a satellite footprint that stretched from the Middle East to East Asia and included the Indian subcontinent. Loss-making, it was acquired by Rupert Murdoch and News Corp. in 1993.

Some 16 years later, prompted in part by the Great Financial Crisis, News Corp engineered the split of STAR into separate India and Greater China operations, reflecting an emerging critical mass in India and different political and economic conditions in China.

The group’s spectacular library of Chinese films and its Mandarin-language channels were sold to China Media Capital between 2009 and 2014. Its other operations in Hong Kong became the basis for a Fox International Channels, later Fox Networks Group, management hub for East Asia that is now being dismantled.