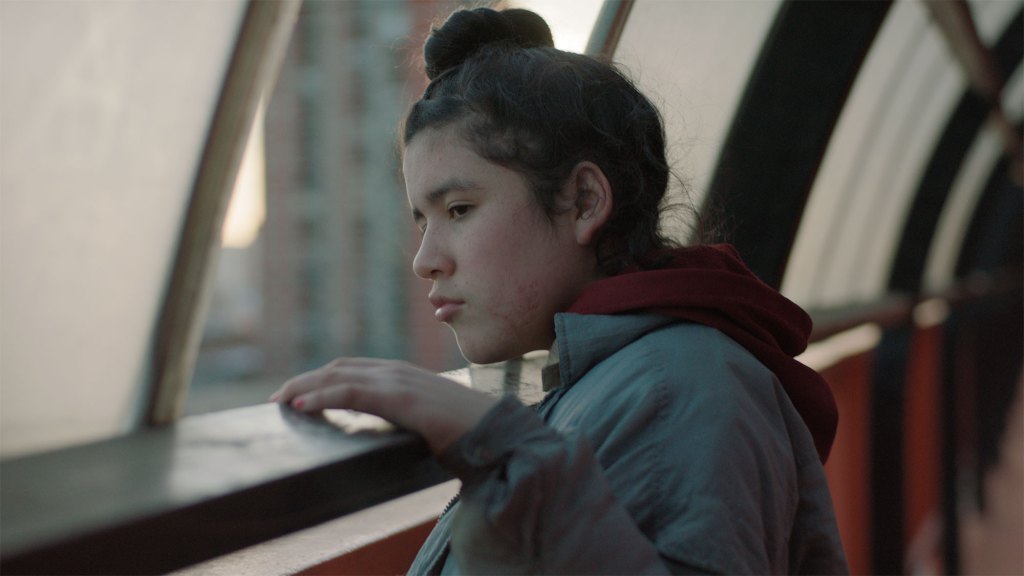 In “La Botera” (“Boat Rower Girl”), which plays at the Malaga Spanish Screenings, Argentine filmmaker Sabrina Blanco tells the story of Tati, a teenage girl growing up in Isla Maciel, a poor neighborhood on the outskirts of Buenos Aires situated along the banks of a polluted river, where she lives with a neglectful and troubled single father.

Angered when her father, a local boatsman who ferries passengers across the river, decides to sell his boat, Tati sets out to learn how to row, and comes of age in the process.

“The idea arose in 2014 as a result of personal concerns, and my own experiences from social activism, which led me to reflect on the difficulties of growing up for women in low-income class contexts — a topic that I felt was not too much explored,” Blanco tells Variety.

Adolescence is “a very complex stage for women in general, a stage that in some way is at the heart of many of the problems that we carry throughout our lives,” she adds. Despite the fact that the feminist Not One Less movement against gender-based violence had rapidly grown in strength in Argentina and throughout Latin America, Blanco felt that the problems of women in some of the most excluded sectors continued to be neglected. Treating them was and is a moral debt for feminism.

“In addition, Isla Maciel was a place that I was particularly interested in talking about since it is a location that in itself represents many social conflicts, stigmas and structural absences and the very idea of a neighborhood on the banks of a polluted river completed the construction of the metaphorical space — to the extent I wanted such a space — of the film I wanted to narrate.”

Blanco spent three years visiting Isla Maciel in preparation for the film — participating in activities, meeting the people, the neighbors, creating a network. “For me the most important thing is to be in the places where one is going to film — inhabit them, know them, understand them, only in this way can one make a cut out of reality, define a look and distance yourself from common perceptions or preconstructed judgments. I think the way a movie is made is also the movie itself.”

The boatman’s trade is very particular to the region and one that has been passed down from generation to generation, from grandfathers to fathers to sons, Blanco says.

It is a trade, however, that has been marked by political and social eras that that have come and gone. “It’s also interesting to think about it in terms of the growth of capitalism — a precarious and lackluster job, in front of the monumental city of Buenos Aires. The most interesting thing about the boteros for me is the resistance that runs through them, which in turn is an analogy of so many other resistances and the symbolic weight that this represents from a sociocultural perspective.”

The filmmaker decided early on to employ non-professional actors from the area. “I felt that in that decision was the heart of the film. I think it is important to look for ways to get away from hegemony in cinema, and in art in general, and look for new faces that are more personal and and typical of the place. Respect for jargon, language and gestures is a way to diversify and get out of the dynamics of appearances. It’s also a way to foment the emergence of new actors and actresses.”

While Blanco did see many young people from other areas during the casting process, “those tests did nothing more than confirm my idea. I knew it was a risk for the movie, but I also knew that if I had to take a risk. In that sense, I am one of those who think that risks are inescapable, there is no art without risk and the fact that everything can go wrong, that possibility, is basically the displacement that makes the film possible.”

In Nicole Rivadero, Blanco found Tati. “Nicole carried the essence of the character in her own personal baggage. She had it in her eyes, in her gestures, in her way of existing. Actually she was far from being able to make a movie, but I felt that no actress her age could build the personal experience that she brought with herself.

“I felt that we could work on acting with time, but the other, what one is, where one comes from, what one has lived, is a very personal and non-transferable force; it simply is.”

Despite the fact that she was initially unaware of what it meant to be the protagonist of a film, Rivadero decided with great determination to play the role and never gave up, Blanco explains, adding that the fire she saw in her brought about a realization: “Nicole wanted the movie like Tati wanted the boat. And from that line, as imaginary as it was real, we could build everything.”