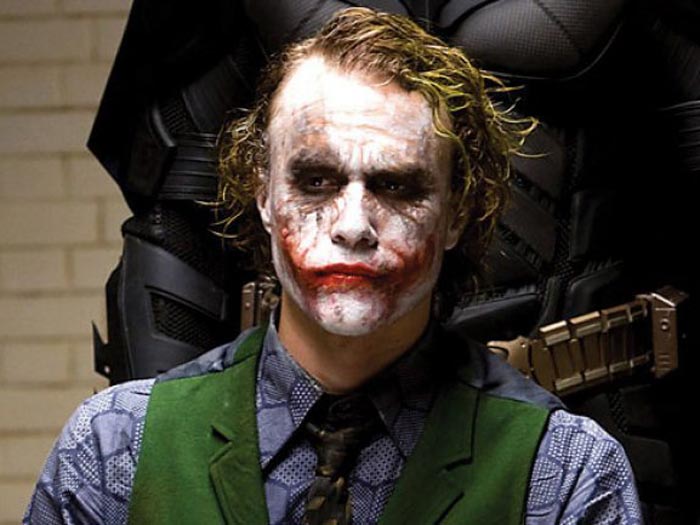 “The Dark Knight,” “Shrek,” “Grease,” “The Blues Brothers,” “Lillies of the Field,” “The Hurt Locker,” “A Clockwork Orange,” “The Joy Luck Club” and “The Man With the Golden Arm” are among this year’s additions to the National Film Registry by the Library of Congress.

“This is not only a great honor for all of us who worked on ‘The Dark Knight,’ this is also a tribute to all of the amazing artists and writers who have worked on the great mythology of Batman over the decades,” said Christopher Nolan, director of “The Dark Knight.”

“Lillies of the Field” star Sidney Poitier, who became the first Black person to win the Oscar for best actor, said, “‘Lilies of the Field’ stirs up such great remembrances in our family, from the littlest Poitiers watching a young and agile ‘Papa’ to the oldest – Papa Sidney himself!”

Janet Yang, producer of “The Joy Luck Club,” based on Amy Tan’s bestseller, said, “I could have never imagined, after reading a few chapters of Amy’s manuscript that eventually became ‘The Joy Luck Club’ book, that my dream of its adaptation would result in a movie that is still talked about decades later. When people tell me – and so many from so many cultures have – that the movie helped heal a rift with their family, I am immensely gratified, and it reminds me of the power of the moving image.”

A place on the list — always made up of 25 films — guarantees the film will be preserved under the terms of the National Film Preservation Act. The criteria for selection is that the movies are “culturally, historically or aesthetically” significant. Monday’s selections bring the total to 800. This year’s selections include records of nine films directed by women and seven directed by filmmakers of color.

“The National Film Registry is an important record of American history, culture and creativity, captured through one of the great American artforms, our cinematic experience,” said Librarian of Congress Carla Hayden. “With the inclusion of diverse filmmakers, we are not trying to set records but rather to set the record straight by spotlighting the astonishing contributions women and people of color have made to American cinema, despite facing often-overwhelming hurdles.”

The nine films directed by women on the 2020 list include Kathryn Bigelow’s best picture winner “The Hurt Locker,” centered on soldiers in Baghdad dismantling unexploded bombs. She remains the only woman to win the Academy Award for best director.

“My desire in making ‘The Hurt Locker’ was to honor those in uniform serving in dangerous posts abroad, so I have been gratified by the resonance the film has had over the last 10 years,” Bigelow said. “For it to be selected by the National Film Registry is both humbling and thrilling.”

The other films directed by women include the 1913 silent film “Suspense” co-directed by Lois Weber; the 1918 silent film “Bread” about a woman struggling to pull herself out of poverty, directed by Ida May Park; the 1929 film “With Car and Camera Around the World by Aloha Wanderwell; the 1950 film “Outrage,” directed by Ida Lupino; one of the first feature films directed by a Black woman with Kathleen Collins’ “Losing Ground” from 1982; Julie Dash’s 1982 student film “Illusions,” which confronted Hollywood racism; the 1994 film “The Devil Never Sleeps” by Lourdes Portillo; and the 2006 film “Mauna Kea: Temple Under Siege” co-directed by Joan Lander.

“The Dark Knight” is by far the highest box office performer on the list with $1 billion worldwide. The film, the middle entry of Christopher Nolan’s Batman trilogy starring Christian Bale, was particularly notable for the late Heath Ledger’s performance as the Joker. He received a posthumous Oscar in 2009.

“Shrek,” voiced by Mike Myers, Eddie Murphy and Cameron Diaz, was also a major hit on its 2001 release with $484 million in worldwide grosses, leading to three sequels, a TV holiday special and a Broadway adaption.

The list also included 1927’s “Battle of the Century,” a classic Laurel and Hardy silent short comedy unseen in its entirety since its original release. The film still lacks brief scenes from reel one, but the film is now almost complete, comprising elements from MoMA, the Library of Congress, UCLA and other sources.

Music is featured prominently in this year’s selections, including the film adaptations of the Broadway musicals “Cabin in the Sky” in 1943 and “Grease” in 1978; “The Blues Brothers,” “Wattstax” and Wim Wenders 1999 documentary “Buena Vista Social Club.”

“The cast and crew of ‘Grease’ have remained close for the past 40 years,” said “Grease” director Randal Kleiser. “We are all honored to be included in this year’s national registry selection. Personally, I’ve spent the last year composing all my script notations, storyboards, and photographs.”

John Landis landed his third film on the list, with “The Blues Brothers” joining “Animal House” and Michael Jackson’s “Thriller.”

“Having ‘The Blues Brothers’ chosen to be included in the National Film Registry is both a great honor and a delightful surprise,” he said. The film is the result of Dan Aykroyd and John Belushi’s genuine passion for rhythm and blues and our mutual love for these great African American artists and the city of Chicago.”

Aykroyd said he and Belushi’s widow Judy Belushi “are exhilarated to see the performances of the African American musical stars in ‘The Blues Brothers’ film formally treasured for all time by the people of the United States. We feel grateful at being participants in making the movie and for this most worthwhile cultural preservation initiative.”