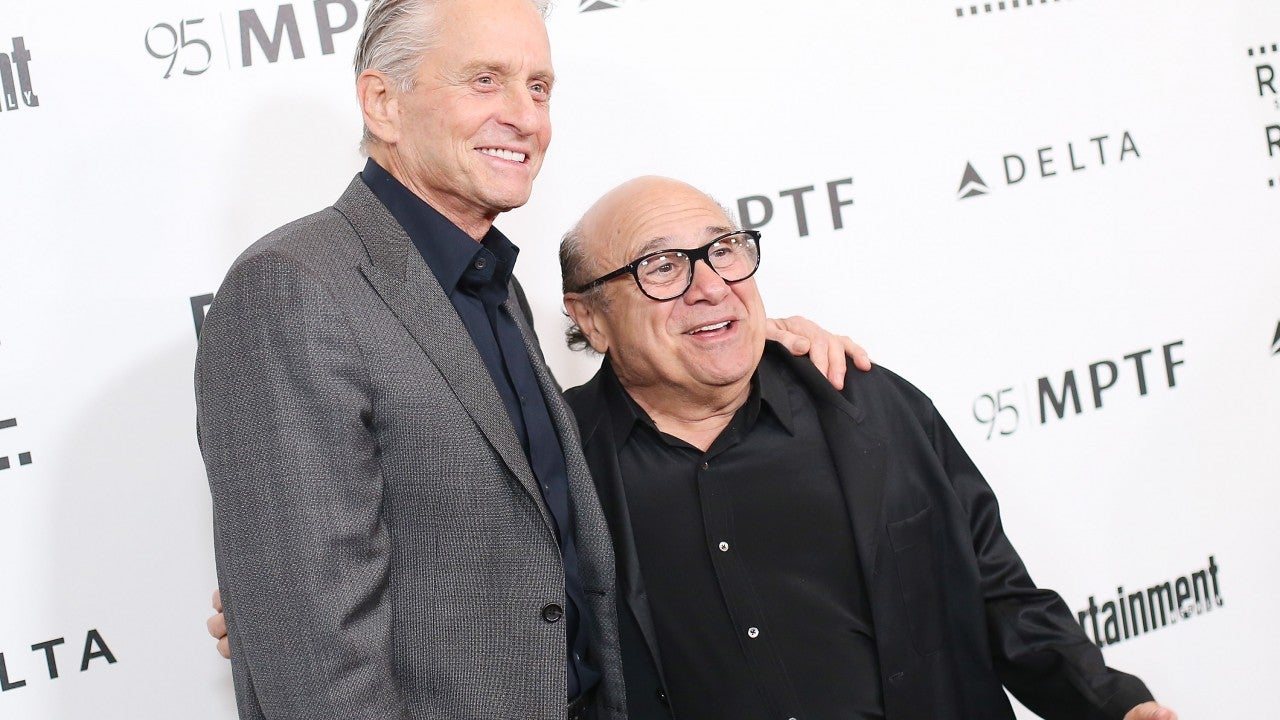 Michael Douglas quite literally wouldn’t be here without Danny DeVito!

During an appearance on The Talk on Thursday, 73-year-old DeVito revealed that he went to extremely gross measures to save Douglas’ life on the set of their 1984 movie, Romancing the Stone.

“We were doing Romancing the Stone many, many years ago. Some of you weren’t even a gleam in your mommy and daddy’s eye,” DeVito quipped. “We were in Mexico in these really rugged kind of places and there was a guy who had a truck [and] came up by the set.”

The bed of the pickup truck, DeVito said, was outfitted with a cage that housed a ton of snakes.

“I’m scared of snakes, I don’t want to go near a snake. But Michael, he’s being the hot shot Mikey D, you know what I mean?” DeVito said. “And the guy’s got a snake on his arm, on his hand… and all the kids are coming around and Michael grabs a snake.”

A big deal it turned out to be when the snake chomped down on Douglas’ hand. “I always heard the best thing to do is suck the poison out, right away, so I did,” DeVito revealed. “I grabbed his hand and I sucking [the poison out], I’m spitting all over the place, and I say, ‘Boy, it’s a good thing this didn’t bite you on the balls man, you would be a dead man.’”

Decades later, both Douglas and DeVito have thriving acting careers and growing families. Over the summer, ET caught up with Douglas who couldn’t stop gushing over his newborn granddaughter, Lua.

“Lua is the most beautiful little girl,” the 73-year-old actor said of son Cameron’s 9-month-old daughter with Viviane Thibes. “I couldn’t be more happy, and it’s just great to see him be such a great father.”

For more with the father-son pair, watch the video below:

Michael Douglas and Catherine Zeta-Jones’ Son Wants to Join the Royal Family and He Already Has the Outfit!