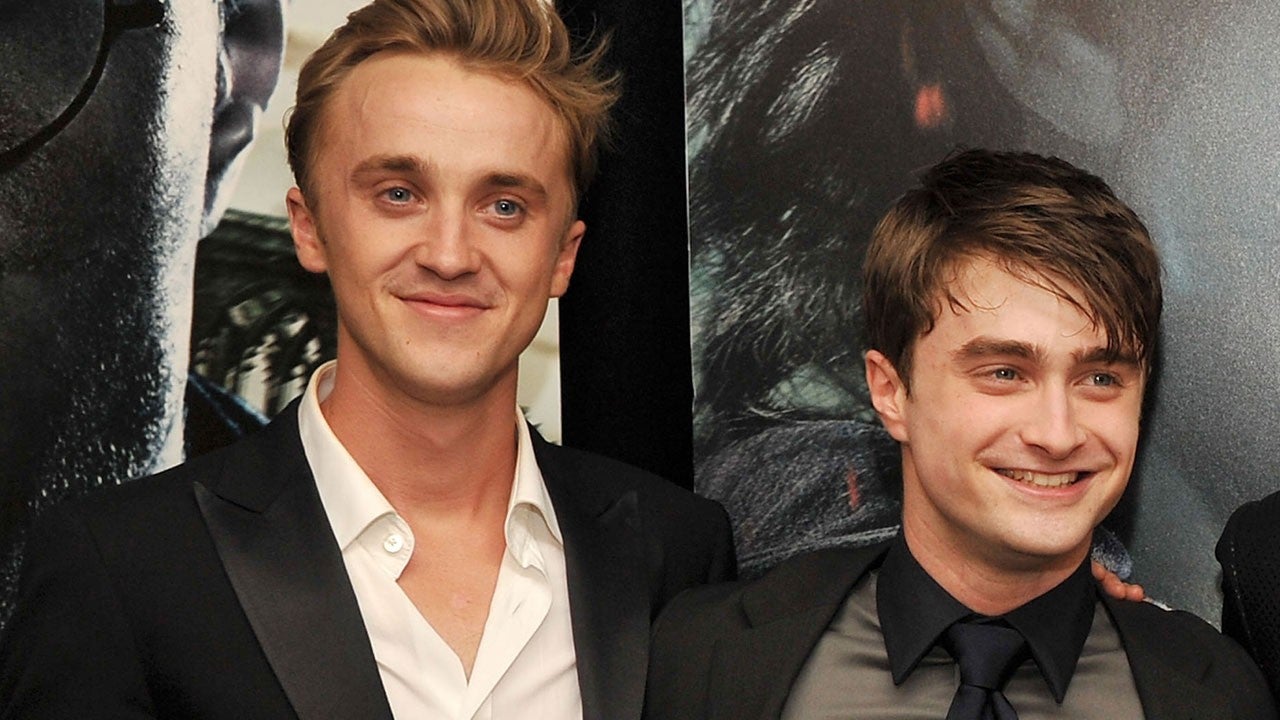 Harry Potter stars are together again!

On Thursday, Tom Felton took to Instagram to share a pic with Harry himself, Daniel Radcliffe! The duo co-starred as foes in the beloved franchise, with 31-year-old Felton portraying Draco Malfoy.

In the adorable black-and-white snap the guys have clearly put aside their on-screen rivalry and can’t seem to keep the grins off their faces! In fact, the whole post was Felton celebrating 29-year-old Radcliffe for his performance in The Lifespan of a Fact, a new Broadway play.

“Go see it. He’s fantastic as per @lifespanofafact,” Felton captioned the pic where he’s sporting a patterned shirt and trendy glasses, while Radcliffe opted for a casual polo and pants.

Lifespan of a Fact is just one in a series of interesting career choices for the post-Potter Radcliffe. When ET caught up with him back in February, he said he didn’t “want to repeat” himself when it comes to his career.

“Directly after Potter, it was a real concern of mine [to show my versatility as an actor], but now, I think it’s just a part of how I pick roles,” Radcliffe told ET at the time. “I don’t want to repeat myself, because that’s not fun for me, but not because it’s a part of any huge grand plan to continue to distance myself from Potter.”

“If it has that affect, that’s not necessarily a bad thing,” he noted on second thought. “But I think that’s what all actors want, to show as much versatility as they can, and do as many different kinds of things as they can.”

Versatility he’s had, with roles in everything from horror films to comedies.

“I feel like you try really hard in your teenage years and your early 20s to like, be something, because you’re sort of looking for what you really are,” he said. “I think I’ve kind of found who I really am, and I’m really happy with it. I don’t feel the need to be something that I’m not particularly anymore.”

Watch the video below for more on the Harry Potter cast: