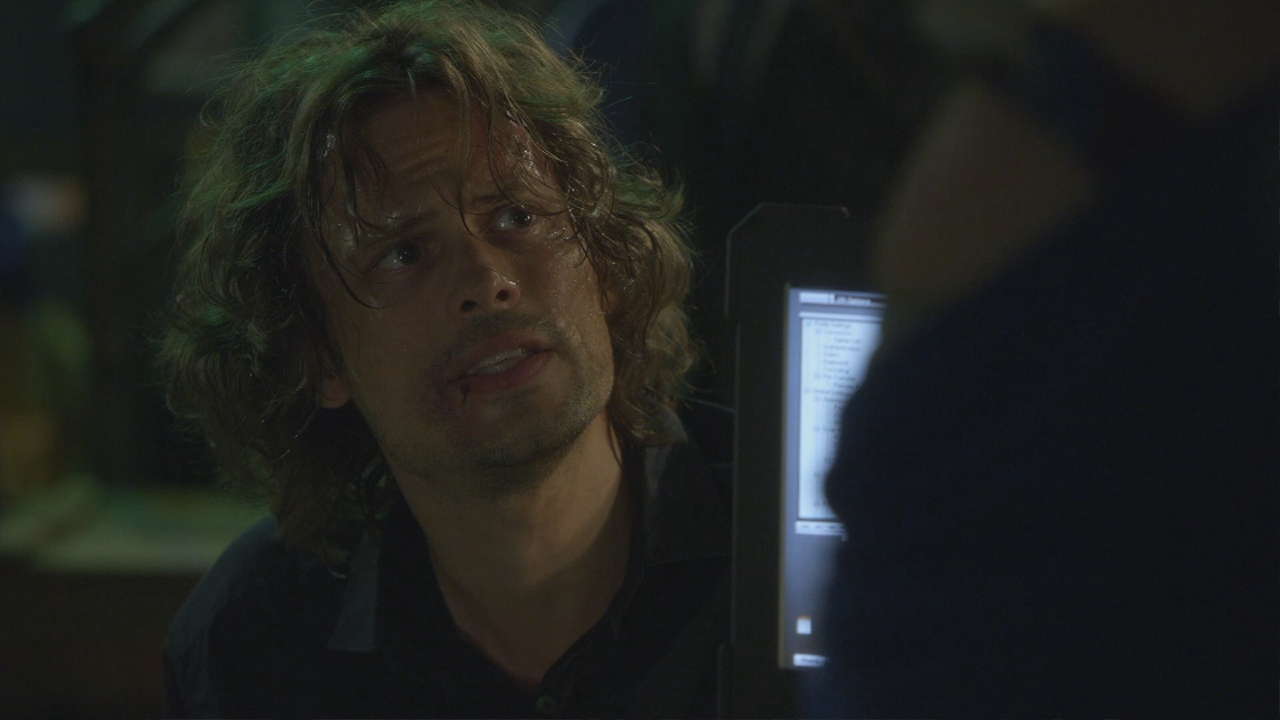 Criminal Minds is hitting a milestone.

CBS’ long-running crime procedural will reach its landmark 300th episode when it kicks off its 14th season, and the hour picks up moments after last year’s devastating finale, which saw the BAU’s own Reid (Matthew Gray Gubler) and Garcia (Kirsten Vangsness) in grave danger.

In ET’s exclusive sneak peek from Wednesday’s return, Reid and Garcia desperately try to get out of their dire situation, and from the looks of it, things are not looking good. When Meadows (Karen David) has to take a call, Garcia frantically tries to think of Plan Bs and Plan Cs and Plan Ds so their friends at the BAU can get to them before it’s too late.

“We’re going to be OK. We have to be OK. We’re not going to die here, Spencer. This can’t be our story,” an anxious Garcia says repeatedly to Reid, before she makes a Hail Mary: She’ll take Reid’s spot. Unfortunately, it’s not that simple — and Reid doesn’t allow her to seriously consider doing it.

“They need us,” Garcia says, more fearful by the second. “We need us.” And the gravity of their situation starts to get to Reid, who tearfully pleads with Garcia to give his mom one message if he doesn’t make it. Watch ET’s exclusive clip to see what happens next.

Showrunner Erica Messer reflected on Criminal Minds‘ landmark run, sharing that she and the writers “never knew” back in 2005 — when Criminal Minds first debuted — that it would still be on the air in 2018 and have such a loyal fanbase.

“The writers were sitting in a room in Culver City the first season and we didn’t know if we had anything beyond 13 episodes, and then we got our back nine and we were like, ‘Oh that’s exciting!’ And then we got our second season and that was exciting,” Messer reminisced with ET. “By the time we got to our 100th episode, we knew there were still so many more stories to tell but 100 broke the mold for us in terms of the storytelling, where we really changed the hero’s life forever by taking away his wife and mother of his child. It was a blink of an eye between 100 episodes and 200 episodes.”

Messer also acknowledged the cast turnover during that time. Currently, only three members of the ensemble, Gubler, Vangsness and A.J. Cook, have appeared in every season of the show since season one.

“By the time we were celebrating 200, the toast was ‘Here’s to 300!’ and now that’s happened, so that’s been a blink of an eye from 200 to 300, and a ton has happened between those 100 episodes for us on the show,” she said of how they’ve managed to keep the stories fresh. “A lot of it is what we’re dealt in terms of cast changeover, whether they’re planned or unplanned, and allowing the stories to stay fresh on the team side of things.”

“I still stand by that there’s an endless supply of good versus evil stories to tell in this world and in the set-up that we have with Criminal Minds. But it’s really about keeping the stories fresh for the heroes because that’s who we’ve been inviting into our living rooms for 14 seasons,” Messer added. “That has continued to happen organically as well.”

While the 14th season will have the show’s shortest order — 15 episodes, instead of the usual 20 to 26 — Messer believes there is no end in sight for the series.

“There is more there to mine,” she said. “Some of that is because there’s always bad people doing bad things and good people catching those bad people. It’s never-ending. Not that we ripped from the headlines but those stories that are happening in the world become research for us and often those things are way more disturbing than anything any of us could come up with thankfully. I do feel like we can just keep going and there are other series that are similar, like Law & Order: SVU, which deals with the subject that we deal with and they’re still going because there are still bad guys to catch out there.”

Speaking more specifically to the season, Messer noted that the shorter order has allowed them to keep the stories tighter and explore the BAU’s personal lives more.

“It’s allowed us to have some fun in a way we haven’t been able to do in a long time,” she said. “We made an effort to have, in the first eight episodes, check-ins with our teammates and maybe even being at home with them. We felt like the audience is always asking for more about the heroes, so we wanted to give them that. In the first eight episodes, we are at home with one of with them or dealing with a personal issue with one of them, and the personal issues aren’t always dark. They’re often hopeful or struggles that they’ve had at home but ending with an inspirational moment to bring levity to the darkness of the case.”