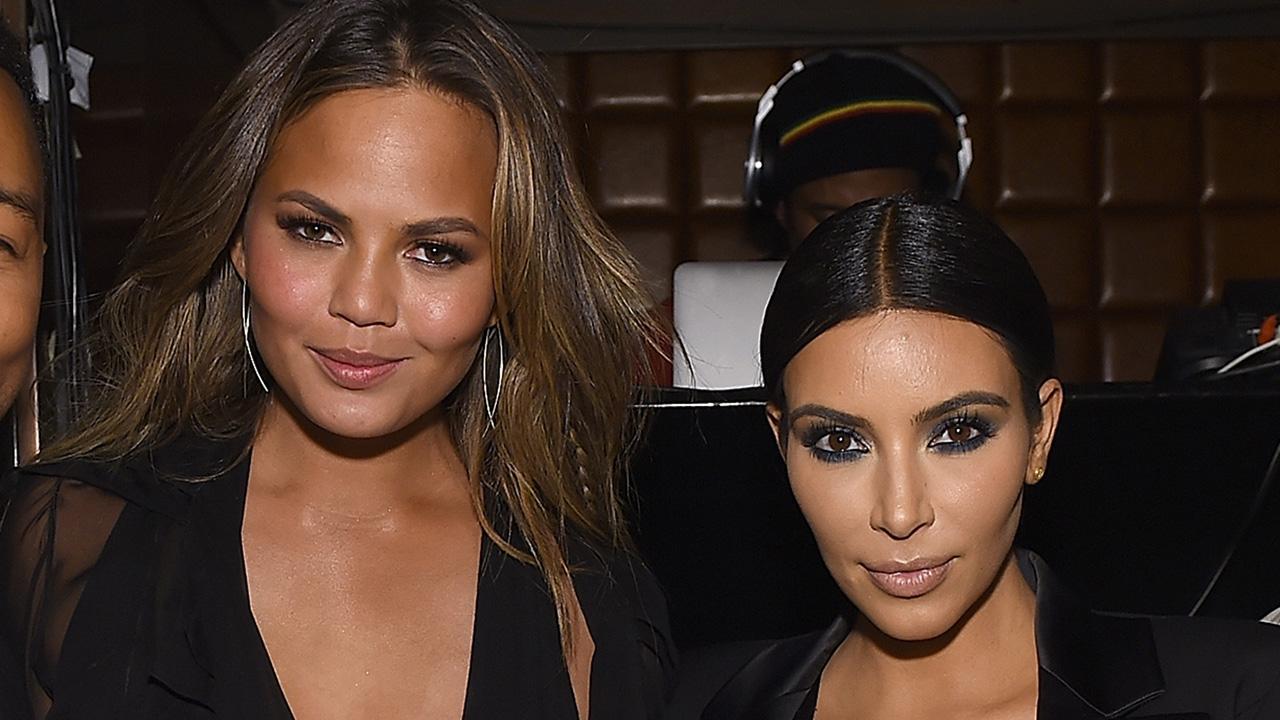 Chrissy Teigen can take a lesson from her good friend, Kim Kardashian West.

The 32-year-old model recently talked to Vogue about her incredible popularity on social media. Teigen says that despite appearances, she actually does care a lot about what is written about her. However, she says Kardashian has no issues ignoring the negativity.

“A lot of people are really smart about staying out of it,” Teigen says. “I’ll send something to Kim — a screen grab of the Daily Mail, like some ridiculous headline, and she’ll be like, ‘Is that what’s happening?’ And I’m like, ‘Kim, this is the biggest story of the week right now!’ Then I’ll feel bad because she’s probably been saving her sanity by not reading this stuff, and meanwhile, I’m like ‘Look at this!’”

“I’ll read a thousand of the sweetest comments — ‘You have the cutest family, I love your book’ — and then one person is like, ‘You look like the Bride of Chucky’ and I’ll be like, ‘Oh, my God, @paulh7114620 thinks I look like Chucky,'” she later continues. “Much stronger people are like, ‘I don’t care what you think.’ I genuinely do care. I think it’s funny when people are like, ‘I love how you just don’t give a f**k.’ I’m like, ‘Oh, my God. I give so many f**ks.’ I want to be liked.”

Teigen and her husband, John Legend, are good friends with both Kardashian and the reality superstar’s husband, Kanye West. In the interview, the mother of two was asked about West’s political views. While Teigen and Legend are outspoken critics of President Donald Trump, West has shown his support for the controversial POTUS, which resulted in an uncomfortable text exchange between the “Ghost Town” rapper and Legend in April. West actually tweeted screenshots of the texts for all his followers to see.

“The thing with Kanye is that his opinions have always been super strong,” Teigen says when asked about West, though it’s important to note Teigen’s interview happened before West’s meeting with Trump at the White House on Oct. 11. “He’s never been the guy to push them on you, but he will say what he wants to say. Same with John. That’s why I loved that they were able to have this civil discourse. Kanye learned a lot in the months after that. John did, too.”

“You can’t just believe you’re the right one all the time,” she continues. “That’s what makes us horrible. Trust me: My views are super liberal, and I’m like, How could anyone not think this way? But people are also entitled to their opinion.”

Last month, Teigen clapped back at a Twitter user who asked if she was pregnant four months after she gave birth to her son, Miles.

Watch the video below for more: