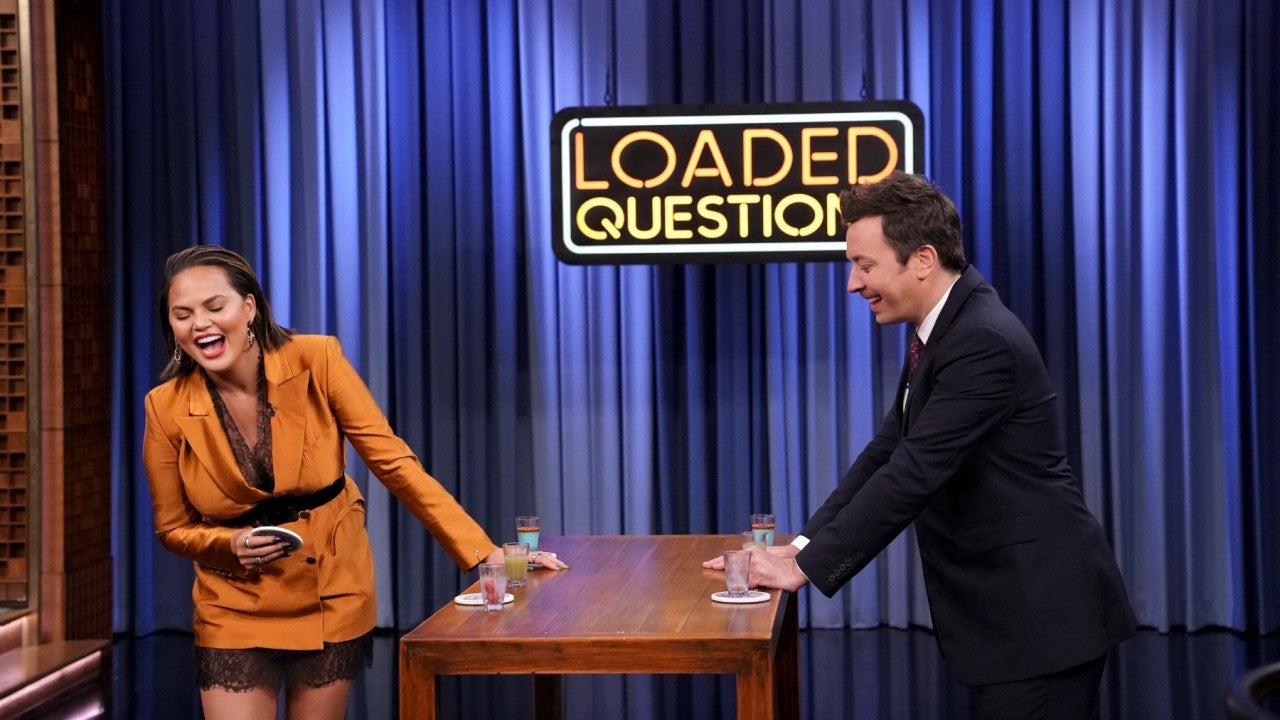 Chrissy Teigen is spilling the tea — or not?

Inspired by a conversation she had with Fallon, the game consisted of the contestant reading a secret question from a coaster and only sharing the answer out loud. They then had to reveal the question or take a shot.

As Fallon pressured her to “say the answer,” Teigen took her time until she coyly said “Rob Kardashian” without any explanation. As the audience reacted, Fallon belted out, “What are you talking about?! Rob Kardashian? What does that mean?”

“So, now I don’t want you to know the question,” Teigen asked. “So I have to drink it?”

Fallon quipped, “Yeah, or you can let us know what the question is about.” Unfortunately, Teigen decided to take the shot and left everyone guessing about the question that inspired her answer. The game, however, only ended up getting better thereafter.

During the Lip Sync Battle co-host‘s appearance, she also did a sketch with Fallon and The Roots’ singer Black Thought, who were going back and forth about the pronunciation of her last name: “Tee-gen or Tie-gen.“

As the two shared their preferred pronunciations, Fallon called in Teigen, who announced, “The dress is blue, it’s Yanny not Laurel and it’s Tee-gen not Tie-gen. Get it right,” before existing the room. The bit comes after the model recently revealed on Twitter that people have been mispronouncing her last name for years.

Jimmy and @BlackThought debate the pronunciation of @chrissyteigen‘s last name prior to the show #FallonTonightpic.twitter.com/inQciuQthK

ET caught up with Teigen’s husband, John Legend, at the Emmy Awards on Monday night, where the “All of Me” crooner said he didn’t mind if we all continue to pronounce his wife’s name wrong.

“The official Norwegian pronunciation is Tie-gen, but she’s been going by Tee-gen,” Legend explained. “There’s all kinds of folks who change their names for stage, and she just figured it would be easier to not have to explain it every time, and she went with Teigen.”