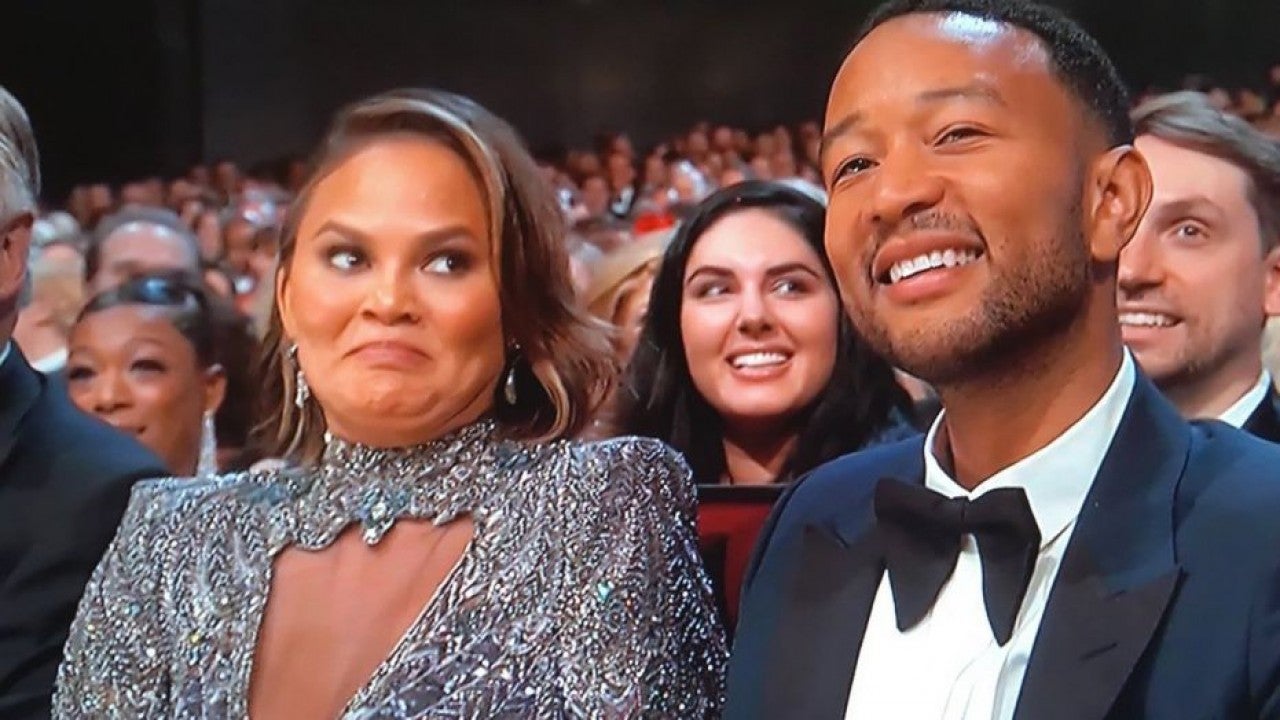 The 32-year-old model and cookbook author finally explained her meme-worthy awards show faces during her Friday appearance on The Tonight Show Starring Jimmy Fallon. After clearing up the great debate surrounding the pronunciation of her last name — don’t worry, John Legend gave us permission to keep saying Tee-gen — Fallon couldn’t help but dig deep into Teigen’s incredible reaction shot at the 2018 Emmys.

“That was me trying not to react at all. Because you know how it works at these things. The camera’s, like, two feet in front of you, and the red light goes on, and as soon as that light goes on, I’m like, ‘Be normal!'” she told Fallon. “I can’t [help it]. I swear, leading up to that red light, I’m OK. Like, I’m really good, and then… I don’t know.”

Fallon then brought up a snap of Teigen fast asleep at the 2017 Oscars. “Red wine… that was early on in the show, too, so by the time they got to the whole La La Land snafu, I was like, ‘Oh, he won!’ and I woke up a little bit, and then he lost, and I was like, ‘This is the funniest thing I’ve ever seen happen in my entire life. I’m so glad I woke up for that,'” Teigen joked.

This is still my favorite moment from Oscars 2017. Chrissy Teigen sleeping during the awards was all of us during that 3rd hour. 🤤😴#OSCARSpic.twitter.com/kDcIpEJy2c

And the face that seemingly started it all, at the 2015 Golden Globes, is also one Teigen credits to red wine. “There’s a lot of things happening here, Jimmy. Also red wine, but also a flood of emotions for my husband’s award,” she recalled.

When Fallon commented on how emotional she looked, Teigen cracked, “To me, I looked beautiful!”

When you realize tomorrow’s Monday pic.twitter.com/yL9wx6PWwy

While Teigen’s accepted that her hilarious awards show faces will make their way around the internet, what she’s not OK with are people’s rude comments about her body.

During the 2018 Emmys on Monday, one fan on Twitter inquired, “I’m asking this with the utmost respectful, but is @chrissyteigen pregnant again?”

The mother of two didn’t take kindly to the comment, retweeting the remark and biting back, “I just had a baby but thank you for being soooo respectful.”