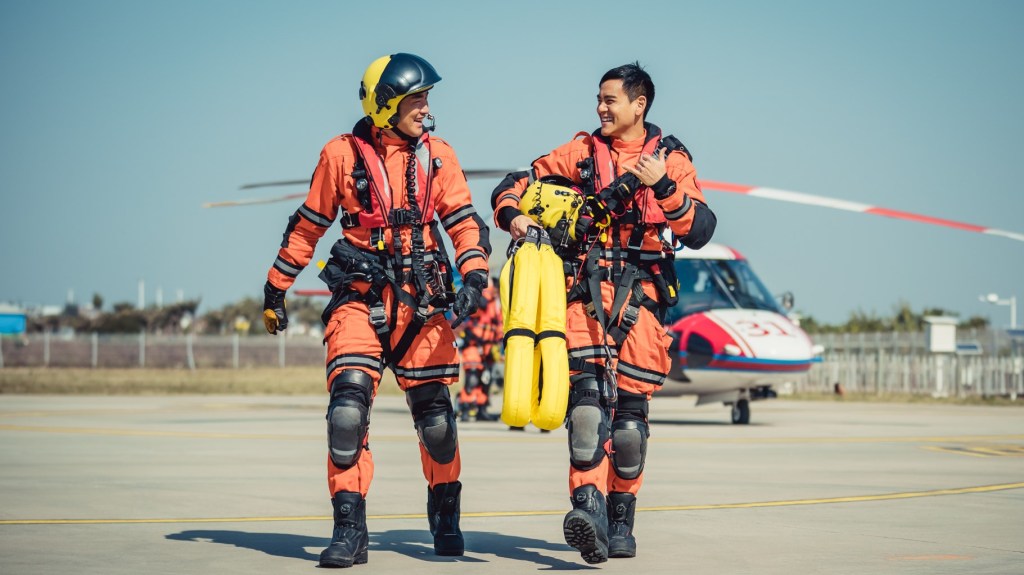 Chinese action film “The Rescue” has pulled forward its local and international release plans. It will now go out in a plum pre-Christmas slot on Dec. 18 in mainland China, North America and major English-language territories.

The $80 million tentpole is directed by Hong Kong’s Dante Lam, who previously delivered a slew of other muscular and highly successful patriotic Chinese movies, including “Operation Mekong” and “Operation Red Sea.”

“The Rescue” takes a less military tone and instead focuses on China’s lavishly-equipped civilian Coast Guard. The story takes in multiple air, sea and mountain rescues, with Lam ambitiously aiming to deliver five action movies for the price of one ticket.

Production locations include the Chinese coastal city of Xiamen, while the major rescue scenes at sea lensed in the large filming tanks at the Baja Studios in Mexico, where “Titanic” was shot.

In the lead role as the captain of an emergency response unit that engages in chopper rescue missions, Eddie Peng joins Lam in their fourth collaboration since 2013. Starring opposite him as his love interest is the up-and-coming Xin Zhilei as an outspoken chopper pilot.

The film had previously been set as one of the strongest contenders at the peak Chinese New Year releasing period in January this year, but the nationwide lockdown ordered in China at that time dashed those plans.

Like some of the other disappointed tentpole movies from January, it initially switched to the same Lunar New Year slot in early 2021, but with that window increasingly crowded due to a bottleneck of holdovers and China’s 2020 productions, “The Rescue” has switched to the only slightly less competitive pre-Christmas period.

CMC Pictures, a Chinese company that has its own distribution units overseas, confirmed on Friday that it will give the film a day-and-date release in North America, the U.K., Australia and New Zealand.

The new date may also allow the film to also enter a relatively uncluttered theatrical market in the English-speaking territories where Hollywood movies are scarce. Due to the uncertainties caused by coronavirus cinema closures, most studio titles have shifted their releases from 2020 into 2021.