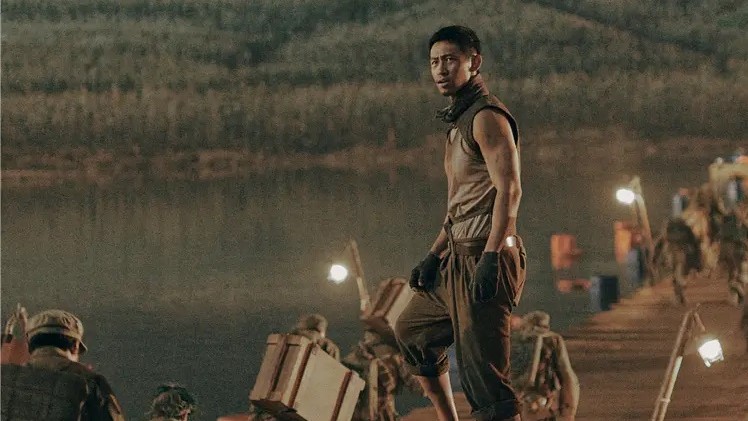 The film released on Friday and in three days earned $53.0 million according to data from consultancy firm Artisan Gateway. It occupied the majority of available theatrical territory and clocked up a per screen average of $422 on Saturday alone.

The Artisan Gateway data points to an aggregate weekend gross of $76.9 million. The running total of $2.10 billion for the year to date is still 75% down on this time last year.

Released to coincide with official celebrations that mark China’s role in the Korean War (known in China as The War to Resist U.S. Aggression and Aid Korea), “Sacrifice” is a tale of courage under fire that focuses on Chinese forces repairing a bridge, while coming under repeated American bombardment. The narrative very much fits with that of the current “Cold War” between the world’s two wealthiest nations. And cinema and TV screens will see several other films, documentaries and series on the same subject.

“Sacrifice” is made by three of China’s most commercially-successful directors Guan Hu (“The Eight Hundred”), Frant Gwo (“The Wandering Earth”) and Lu Yang (“Brotherhood of Blades”). And stars Wu Jing (“Wolf Warrior”), Deng Chao (“Shadow”, “The Mermaid”) star, along with several veterans of “The Eight Hundred” including Li Juixiao and Vision Wei.

With patriotism the flavor of the moment in Chinese entertainment, propaganda omnibus film “My People, My Homeland” placed second over the weekend. It earned $11.2 million for a 25-day cumulative gross of $389 million.

Chinese animation “Jiang Ziya: Legend of Deification” came a distant third with $2.8 million, for a cumulative of $233 million. “Coffee or Tea” took $2.5 million for fourth place, and a cumulative of $40.6 million after 22 days, while romance “The Story of Xi Bao” earned $2.4 million in fifth place for a total of $14.3 million. Patriotic sports drama “Leap” earned $2.33 million for a total of $120 million after 31 days.

Chinese culture, beliefs and rituals were all part of big-budget animation film “Over The Moon,” but Chinese audiences did not bite into this particular seasonal delicacy. It earned just RMB4 million or $600,000, despite having as many as 11,000 screenings on Saturday.

The film was made as a co-production between China’s Pearl Studios (predominantly owned by CMC since Dreamworks sold its shares) and global streaming company Netflix. China was the only territory where it got a theatrical outing.

The timing of the release, however, was curious. It came some three weeks after the mid-autumn festival that the film celebrates through its narratives of family reunion, food and the moon goddess Chang’e. As mid-autumn festival overlapped with the Oct. 1 National Day celebrations, it might suggest that Chinese traditions are trumped by party politics.