‘Charlatan’ Cinematographer Martin Strba on Why More Is Less 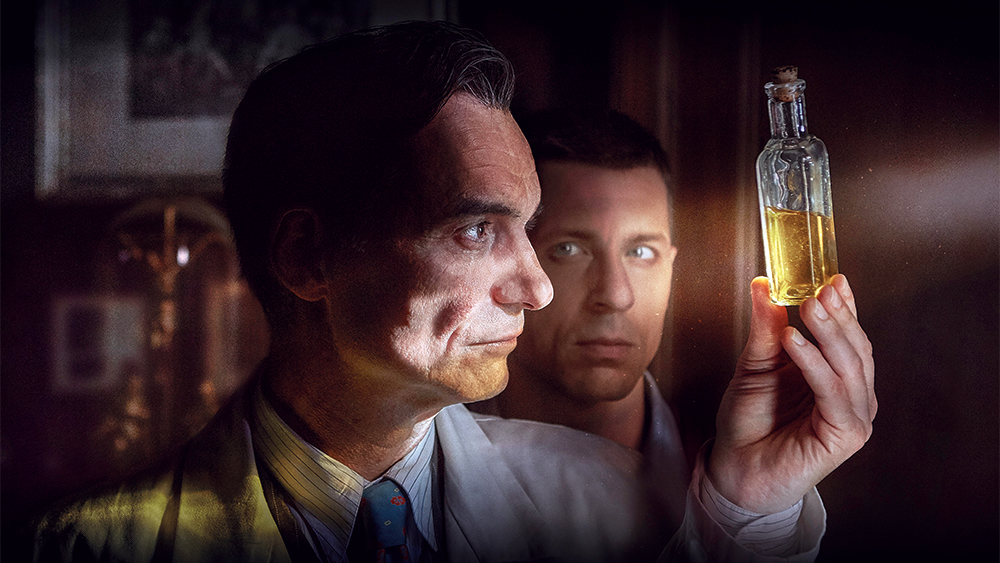 The dizzying mosaic of periods and plot twists in Agnieszka Holland’s “Charlatan,” submitted by the Czech Republic to the Oscars race this year, offered Slovak DP Martin Strba (“Sekal Must Die,” “Burning Bush”) some daunting challenges. The story of an unorthodox master of folk medicine, who runs afoul of both Nazis and the Soviet-backed regime, called for visual styles as thoughtfully concocted as the potions of the protagonist, Jan Mikolasek. Strba spoke to Variety about the film, which screens in the main competition section of the EnergaCamerimage Film Festival.

What was it about the “Charlatan” script that appealed to you and how did you visualize it in your mind as you read it?

I knew right away that it would be necessary to react visually to the nonlinear way it’s told. It was a big challenge because Agnieszka did not want the time planes to be separated too obviously. In the end, we agreed that the [Soviet] Normalization period, prison and trial would be desaturated. I wanted to say that in some ways it was an even colder time than the onset of fascism. During the World War II period a certain harmony culminates in the relationship between Mikolasek and his assistant. That’s why I added color saturation for that period.

You worked with Holland on the hit HBO miniseries “Burning Bush,” doing some remarkable cinematography to create an evocative 60s look. How did you two communicate and arrive at this style?

What looks sophisticated is often very simple in its infancy. Agnieszka and I had a desire to make this project black and white but the producer, HBO, did not agree, so we decided to go the way of desaturated colors, sometimes more, sometimes less, in accordance with the nature of the scenes.

Was your process with her different this time for “Charlatan”? Who comes forward with the ideas for the visuals first?

In the preparation phase, of course, we forwarded reference films that “synchronized” our taste, but when the shooting was approaching, Agnieszka declared, “Stop!” She ran down to the corner to the bakery for fantastic goodies, before that she cooked something delicious and we went for it. As she served coffee, she seemed to intuitively feel that I had too much on my shoulders; she came up to me unexpectedly from behind, buried her fingers in my stiff shoulders, and said, “It’ll be fine, dear.”

You shoot with an Alexa, often handheld, using a lot of natural light. Do you usually work this way?

The Alexa is closest to film. And the older I get, the more I come to natural light. Even in scouting, I thought about where the sun will move, on which side the windows are oriented, and I worked very intensively with the production designer Milan Bycek on the character of the interior light sources like lamps, chandeliers, fire, candles and Mikolasek’s special lamp, which stands in for the sun as he examines a patient’s urine.

What were the biggest technical and artistic challenges on the shoot?

The technical challenge was to fine-tune the continuity of the exterior of the Mikolasek house with the view of endless crowds of patients. Each location was completely different, about 20 km apart, and was filmed about two months apart. The weather had to match, the light, and I had a duplicate gate made to connect the environments.

The artistic challenge was tonally, on grading to ensure maximum expression, and at the same time the intelligibility of storytelling in several time eras. I was especially careful not to change the tone of costumes because it could happen that the otherwise excellent costume designer Katarina Strbova Bielikova would never smile at me again in her life.

As one of the most experienced DPs in the country with suspense stories from “Sekal Must Die” through “Angel Exit” onward, is there still something you learn while shooting a film such as “Charlatan”?

The longer I work on the film, the more I believe that less is more. The more minimalist the means of expression, and precisely chosen, the stronger the effect and the resulting strength.

Which lenses did you rely on most for “Charlatan”? Are these lenses you’re quite comfortable with or did you try new ones?

I prefer solid optics. I used Zeiss Ultraprime 1.9. I’m used to a clean image in the frame. I prefer 32, 24 or 28mm lenses, with Agnieszka often creating strong empathy, so the camera’s point of view is very close to the actor’s. The viewer can then often find themself sharing intimacy […] while also taking in enough information about the environment in which the story takes place.