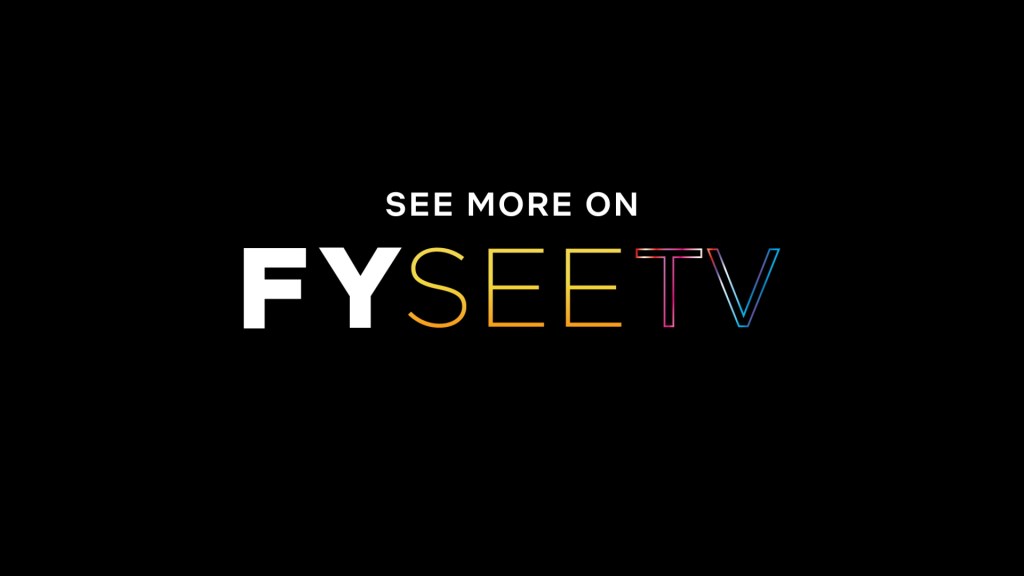 Let’s admit it: Awards season hasn’t always been easy, but it’s been a lot of fun.

There’s the checking in with friends, long-unseen, the hobnobbing with celebs at luncheons. And then there are the panels — those candid get-togethers where contenders recount to their peers how film and TV’s most lauded projects got made.

Sure, we gripe about awards season sometimes. So many screeners to watch. So many nights and weekends out. But now that events have conspired to sideline traditional in-person extravaganzas, a lot of us miss it.

Well, Netflix has the answer. The FYSEE TV content hub is a curated, online 360-degree experience, a convenient alternative for spotlighting its contenders with panels, conversations, highlights and more — and it’s available from the proverbial “comfort of your own home.”

Just as digital screeners have made the time-honored DVD pile a thing of the past, FYSEE TV will bring to voters’ computer screens a steady stream of intimate conversations, exclusive behind-the-scenes footage, and crafts presentations on demand.

Wondering how “The Crown” artisans created those gorgeous time period costumes, how “Ozark” shot its season finale, or how “Never Have I Ever” worked John McEnroe into its voice cast? It’ll all be readily available For Your Consideration (FYSEE) with some of the industry’s most buzzworthy content prominently featured. To capitalize on the current strong interest in “The Queen’s Gambit,” the streaming service promises an equally strong lineup of talent profiles, including a Q&A spotlight piece on rising star Anya Taylor-Joy.

Actors are always hot attractions at any gathering, and Netflix thesps provide insight into their early careers in each “Queue & A,” including the much-lauded Prince Charles and Princess Diana of “The Crown,” Josh O’Connor and Emma Corrin, as well as “Hollywood’s” breakout star Jeremy Pope.

Corrin also returns for a segment on “Creative Collaborations,” joining costume designer Amy Roberts along with makeup and hair designer Cate Hall, to explore the star’s transformation first into the innocent young teacher Diana Spencer and, later, into the elegant media-savvy Princess Di who won the world’s heart even as her own was breaking.

Another FYSEE offering, “Script to Screen,” is the umbrella title for sit-downs between writers and cast members to break down key moments, from the opening of “Dead to Me” to the finale of “Unorthodox.” The entire arc of “The Crown” Season 4 is laid out by creator Peter Morgan and his two battling luminaries, Queen Elizabeth II (Academy Award winner Olivia Colman) and Margaret Thatcher (Emmy winner Gillian Anderson).

Virtual panels bring together Netflix on-camera talent and artisans to go behind the scenes. The secrets of “Dead to Me” will be revealed by Liz Feldman, Christina Applegate and Linda Cardellini, while an intimate conversation with “Ratched” star Sarah Paulson will be moderated by award-winning actor Sterling K. Brown.

Below-the-line artists are featured in episodes of “The Backdrop,” allowing the likes of editor Yan Miles to talk about his creative process on “The Crown” and cinematographer Armando Salas on crafting the visual style of “Ozark” Season 3.

In the coming weeks, Netflix will unveil an ever-more-robust selection of content focused on animation. “Big Mouth” co-creator and star Nick Kroll and composer Mark Rivers will get together for a “Creative Collaborations” segment to discuss the show’s big musical numbers and heartfelt original songs. In “Frame x Frame,” creatives behind “Carmen Sandiego,” “Go! Go! Cory Carson” and “Trash Truck” will describe their process of bringing these visual stories to life through sketches, storyboards and animatics.

With FYSEE TV, voters will avoid all the annoyances of a traditional awards season, while enjoying many of its pleasures: the insights and entertainment that make it all worthwhile.