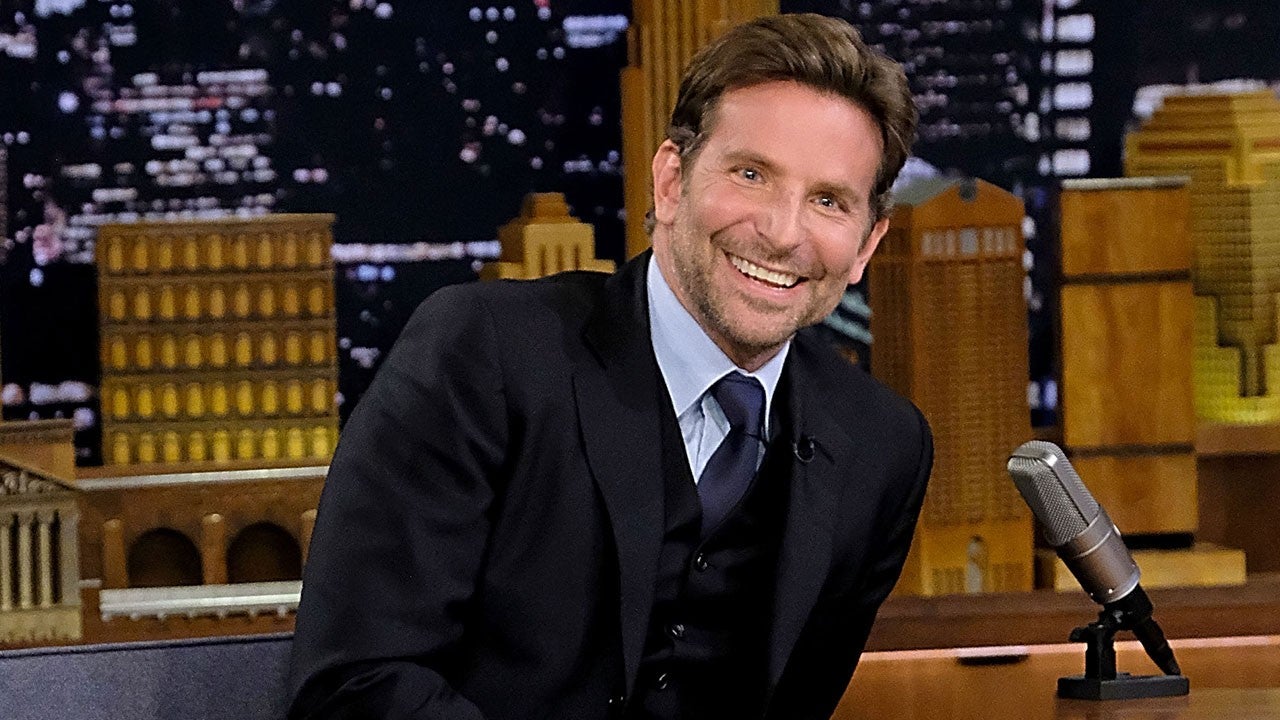 The 43-year-old actor stopped by The Tonight Show Starring Jimmy Fallon on Tuesday and recalled how his recent press tour for A Star is Born made him reminisce about his teenage years.

“So I’m there at a house and it was our 20 year reunion and he was pretty inebriated and he was looking at me like I’ve never seen him look before,” Cooper continued. “He was like, ‘How’d that happen, Brad?’ I was like, ‘Wait what? How’d what happen?’ [And he said] ‘You know, like freshman year. And I-I-I just how’d that happen, bro?'”

The drunken question, which Cooper relayed in a high-pitched, slurring voice, made Cooper realize how far he’s come, something he calls “funny to think about.”

“You never know how people are going to react,” he said of fame.

Of the film — in which Cooper plays Jackson Maine, a country superstar who discovers and falls in love with a new talent named Ally (Lady Gaga) — the first time director said he just “tried to make [a movie] about love.”

“What happens if two people really love each other? And how hard it is to endure even with that love. It’s about finding your voice, finding something to say, in this world that’s hard,” Cooper said of the film, which hits theaters Oct. 5. “People are going to tell you who you are, what you’re supposed to say. I think we’ve all been through that. And how you can have more courage to do that if you have the support of people around you and love. So it’s really, I mean it sounds cheesy, but it’s just a call for how important love is.”

“We had met on Saturday Night Live in passing years ago. It’s one of those things you see somebody and have no idea that five years from now you’re going to be doing this crazy thing together… She really brought it,” Cooper praised of the 32-year-old. “I saw her sing ‘Le Vie en Rose’ at this cancer benefit at Sean Parker’s house and she just decimated the room. And that’s why that scene’s in the movie. And then I met her at her house two days later and just clicked. I don’t know if it’s because we’re both from the East Coast, from similar backgrounds, but it was just one of those things.”

The co-stars sang together during the meeting at the “Born This Way” singer’s house, and Cooper couldn’t believe their chemistry,

“She printed out the sheet music and there’s a piano in her living room and we just sang it together just to see if there was chemistry and she made me feel so comfortable,” Cooper gushed. “That was the beginning and she said, ‘OK, let’s do it.'”

“I remember every single moment of it,” he said of their first meeting. “From the moment she walked down the stairs, it was one of those magical things.”

“The chemistry was instant — the minute that she was kind enough to let me come and talk to her about this potential project,” Cooper continued of working with Gaga. “And so we were like, what are we going to do with this? So the fact that we forged a friendship by creating art together is kind of the most ideal way to use that chemistry.”

Watch the video below for more of ET’s sit down with Cooper:

Lady Gaga and Bradley Cooper’s First Song From ‘A Star Is Born’ Is Here — Listen to ‘Shallow’!