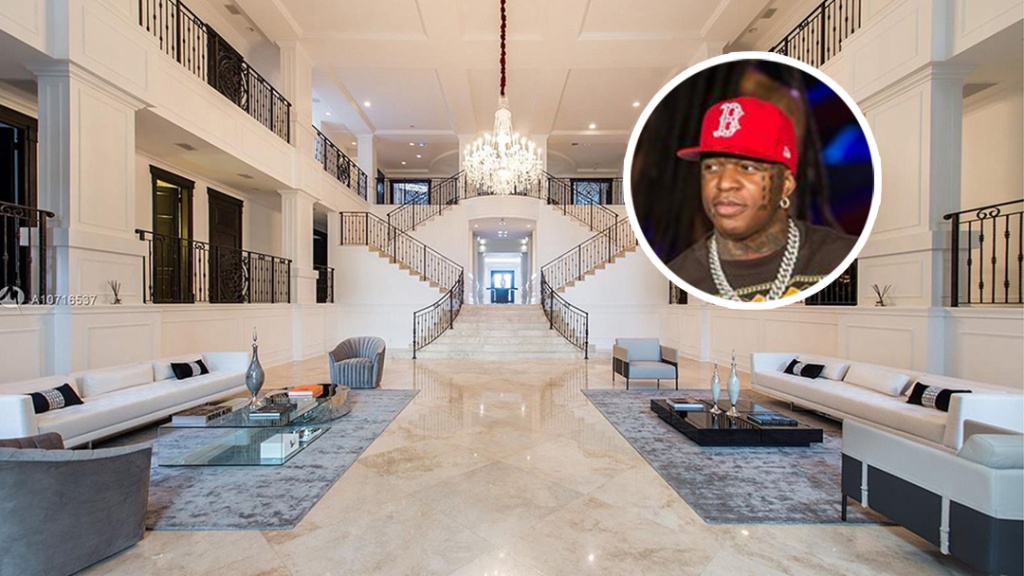 Cash Money Records co-founder Bryan “Birdman” Williams has officially flown the coop, finally ridding himself of a luxurious mansion on Miami Beach’s Palm Island that had become a decadent albatross around the hip-hop mogul’s tattooed neck.

For the last three years, the palatial pad had been subject to foreclosure proceedings, complications which forced Williams to unload the capacious, nearly 20,000-square-foot playpen for $10.9 million — a punishing loss on the $14.5 million he paid Rockstar energy drink founder Russ Weiner in 2012. Weiner himself bought the property in 2010 for around $7 million from fallen music industry hit maker and consummate party boy Scott Storch.

Signs of trouble in Birdman’s paradise were first noted in 2017, when Williams ambitiously listed the seven bedroom, 11-bath property for $20 million. According to reports in The Real Deal, Fort Lauderdale-based Chemtov Mortgage Group filed a lawsuit to foreclose on the conspicuously lavish waterfront home in November 2017, and also attempted to seize the building at 1755 Northeast 149th Street where Williams’ Hit Factory Criteria Studios was located.

Numerous brokers listed the waterfront estate without success, and a series of reductions saw the price plummet to $13 million before Miami super-agent Lourdes Alatriste, formerly of Engel & Völkers and now with Douglas Elliman, brokered the sale to entrepreneur and investor Teddy Truchot, who purchased the hip-hop palace out of receivership. The cofounder at BlackDivine, an internet company and venture capital firm, Truchot is trading up from another waterfront Miami Beach residence that he set out for sale earlier in the year at $7 million.

The setting of several Birdman-produced music videos, the Palm Island estate is a meretricious ode to ersatz excess, a style nowhere more glaring than in the grandiose foyer. With gleaming beige marble floors, the airport terminal-sized room offers a split staircase and an economy car-sized chandelier. A less formal and equally huge family/games room sports a honeycomb pattern black-and-white marble floor and an onyx bar, while the chef’s kitchen is sleek and decidedly contemporary with lustrous white laminate cabinets, thick grey marble counters and, of course, a fleet of luxury appliances. A secondary spiral staircase offers quick access to both upper and lower levels.

More excessively opulent and ultra-luxe touches include not just one but two wine cellars, a home theater that seats a baker’s dozen in leather recliners, a powder room with a gold mosaic-tiled wall and another bathroom with a peacocky golden toilet. Outside, there’s a sand volleyball court, two pools, a private dock and a four-car garage. In addition, residents of Palm Island have 24/7 security as well as access to tennis and basketball courts.

Birdman and his brother Ronald “Slim” Williams famously came from humble beginnings in New Orleans before they formed Cash Money Records in 1991. A label deal with rapper Lil’ Wayne resulted in the creation of Young Money Entertainment and the emergence of some of music’s biggest superstars, the likes of which include Drake and Nicki Minaj. On the residential front, Birdman still own a considerably less ostentatious, yet nearly 11,000-square-foot mansion in his native New Orleans.