Benedict Cumberbatch Recalls How He Heroically Stopped a Robbery in London 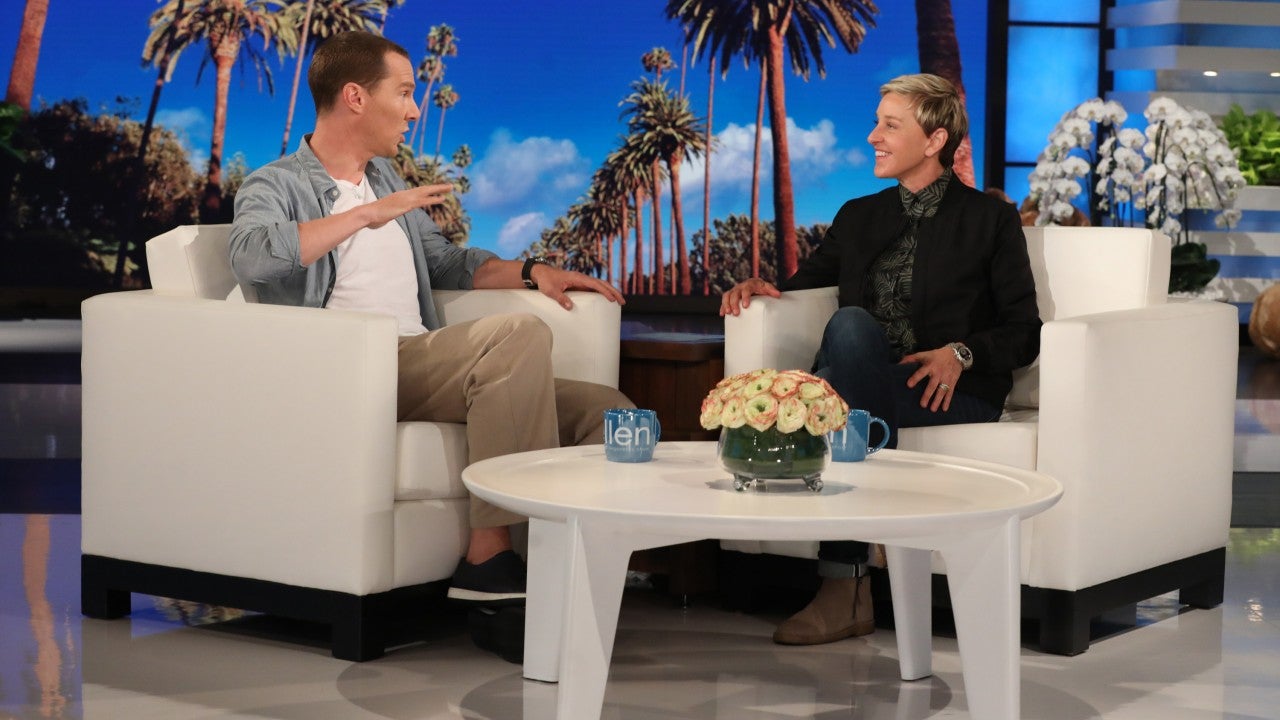 Benedict Cumberbatch is speaking out about his real-life superhero efforts.

During an appearance on Monday’s The Ellen DeGeneres Show, the Doctor Strange star discusses how he stopped a mugging in progress last November in London, England.

“Basically what happened is I saw a… bicycle delivery guy getting surrounded by some guys on a very cold November night,” Cumberbatch recalls. “I just stopped the Uber that we were in and got out and I tried to intervene and tried to calm the kids down, who were riled up, tried to calm him down, he looked like he was about to fight for his life.”

Cumberbatch calls his actions “a bit foolhardy,” saying he didn’t even consider the potential dangers involved.

“[I] didn’t really think twice about knives or acid or any of the other things that can be part of that situation,” he says. “… I literally got in the way… I also tried to stop traffic so they could witness it and if anything did happen that there were people there and that might scare any violence out of the situation.”

The the 42-year-old actor admits that he feels “a bit weird” talking about the incident, which has “all been a bit exaggerated.” Despite his unease with the praise, Cumberbatch did concede that he alone stepped in to help — though the Uber driver did assist by keeping on the heat in the car.

“He was very supportive that night… it was a cold night and we definitely needed warmth after… especially with that kind of adrenaline shock running through you,” he quips.

The incident took place just around the corner from 221B Baker Street, the fictional address of one of Cumberbatch’s best known characters, Sherlock Holmes. Cumberbatch was riding in an Uber with his wife, Sophie Hunter, when he noticed a cyclist being assaulted with a bottle, The Sun reported.

“He stood there instructing them in the street, shouting, ‘Leave him alone,’” the Uber driver, Manuel Dias, told the U.K. publication in June. “It was only then I recognized Benedict. Then it all got a bit surreal. Here was Sherlock Holmes fighting off four attackers just around the corner from Baker Street. He seemed to know exactly what he was doing.”

When he’s not being a superhero in real life, Cumberbatch plays one in Avengers: Infinity War. Watch the video below to hear all about his on-screen heroics:

Leslie Jones and Benedict Cumberbatch Were All of Us Watching Emmys Proposal — See the GIFs!