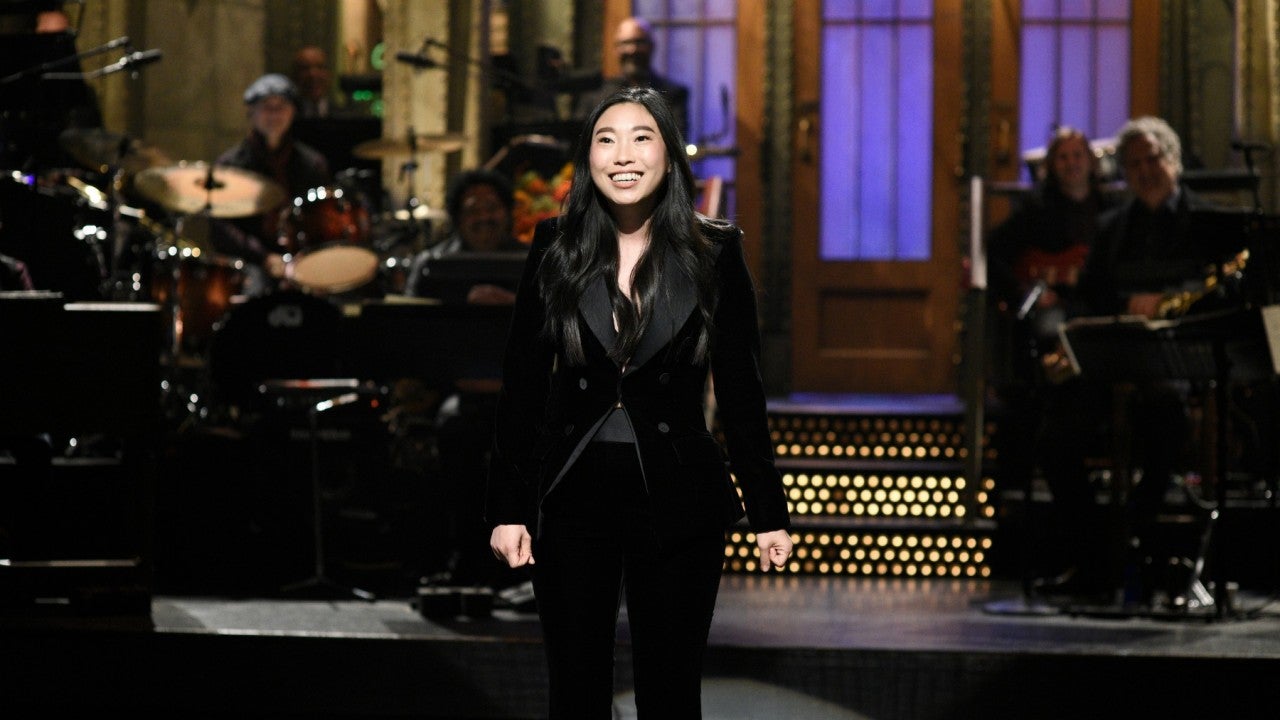 Awkwafina madeSaturday Night Live history when she became the first Asian woman to host the comedy sketch show in 18 years since Lucy Liu in 2000. The feat did not go unnoticed by the 29-year-old Crazy Rich Asians star, who took a moment during her opening monologue to praise Liu and share a personal story about watching the Elementary star on SNL.

“I just want to say, and this is a true story, back in 2000 I came here to 30 Rock and waited outside when my idol Lucy Liu hosted SNL,” she recalled. “I was a kid and I didn’t have a ticket, so I knew that I wasn’t getting in. I just wanted to be near the building and I remember how important that episode was for me, and how it totally changed what I thought was possible for an Asian American woman.”

“Standing her tonight was a dream I never knew would come true,” she continued. “Thank you Lucy for opening the door. I wasn’t able to make it into the building back then. 18 years later, I am hosting the show. I love you Lucy. Please be my friend!”

“Standing here tonight is a dream I never thought would come true. So thank you, @LucyLiu, for opening the door.” — @awkwafinapic.twitter.com/wtwzNOfAwK

Meanwhile, the comedian’s monologue also included a quick dig at last week’s musical guest, Kanye West. When taking the stage, Awkwafina joked, “I was going to come out dressed as a water bottle, but apparently someone did that last week.”

The rapper donned a giant sparkling water costume during his first performance with Lil Pump, who was also wearing a water bottle outfit.

.@kanyewest and @lilpump perform “I Love It” in Studio 8H. #SNLPremierepic.twitter.com/rZgvkzdvnX

That same night, West made headlines for his controversial off-air, pro-Donald Trump speech that Chris Rock posted to his Instagram Story.

Awkwafina and Travis Scott Play It Cool in Their ‘SNL’ Promos