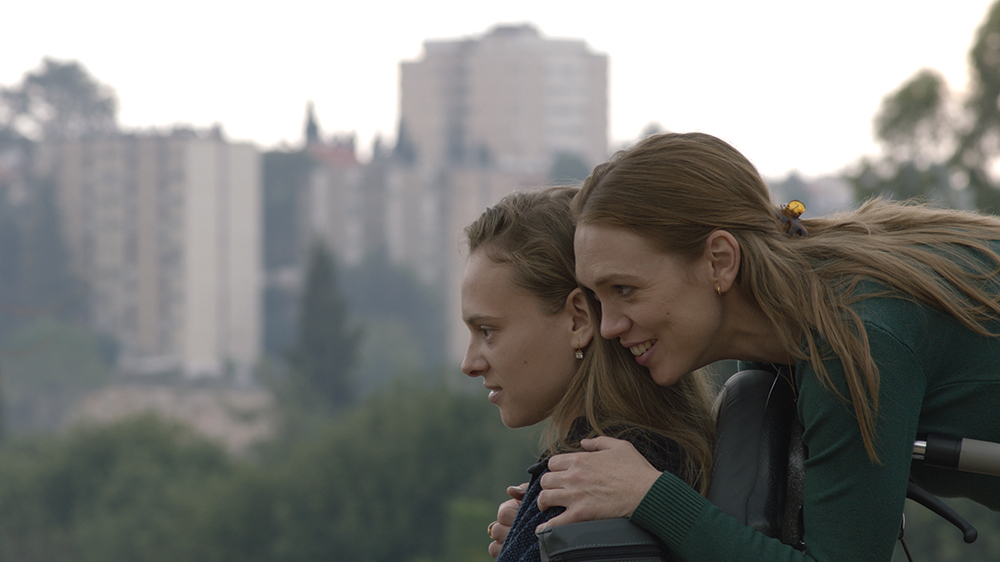 Certain films aren’t made for elevator pitches. “Arthouse ‘Gilmore Girls’ meets ‘The Fault in Our Stars’” would be one way to describe the array of familiar elements in “Asia,” while erasing any hint of the rare delicacy and emotional acuity with which Israeli writer-director Ruthy Pribar assembles them. In her unassumingly lovely debut feature, Pribar tackles thorny mother-daughter relations, terminal disease anguish and two generations of frustrated sexual yearning in a trim 85 minutes, without once shortcutting to easy sentimentality or high-pitched melodrama. She’s not alone on that balance beam, of course: A pair of exquisitely pitched, mutually reflective performances by Alena Yiv and Shira Haas (fresh from her Emmy-nominated breakout turn in Netflix’s “Unorthodox”) help this low-key, grownup family drama stick fast in the head and heart.

Having premiered in the spring courtesy of Tribeca’s virtual program — where it scooped three jury awards — “Asia” has since racked up a number of international festival berths, while a dominant performance at Israel’s Ophir Awards last month (nine wins, including best film, actress and supporting actress) secured it as the country’s official Oscar submission. Meneshma Films will release “Asia” Stateside in 2021: With or without a boost from the Academy, strong word of mouth and Haas’s rising profile should help this quiet but widely accessible film gain an appreciative audience.

A series of subtly observed introductory scenes establish what initially seems a conventionally fractious relationship between Russian expat Asia (Yiv), a 35-year-old nurse and single mother, and her 17-year-old daughter Vika (Haas): Sharing a small Jerusalem apartment, they passive-aggressively skirt around each other, occasionally sniping over household matters and lying about their nighttime whereabouts: Asia claims to be working night shifts when she’s in fact meeting men at bars for brisk one-night stands, while Vika hangs out at a local skate park, drinking and smoking with best friend Natalie (Eden Halili) and a gaggle of randy guys. This mutual subterfuge, in particular, shows how the narrow age gap between Asia and Vika has blurred their parent-child dynamic into something more sisterly. Some of the film’s warmest moments come when they tentatively bond via boy talk, sharing romantic desires and disappointments on a surprisingly equal footing.

Yet it’s only when one of Vika’s experiments with alcohol lands her in hospital that Pribar’s script — heavier on showing than telling, especially in the early going — reveals its primary point of tension: Vika is afflicted with a degenerative disorder that affects her breathing and motor skills, and appears to be taking a rapid turn for the worse. Asia responds to her condition with sometimes impulses of fearful maternal concern and stoic medical expertise, sometimes muddled with any parent’s wish to give their spiky, resentful adolescent a wide berth.

As it becomes clearer that their time together may be limited, however, mother and daughter gradually set aside their respective defenses, regarding each other with new honesty and empathy. That Asia was more or less Vika’s age when she became a mother is a fact that goes largely unspoken between them, yet it seems to color the younger woman’s swiftly maturing perspective. Without addressing it in mawkish heart-to-hearts, “Asia” depicts that rug-pulling moment of transition we all go through as children, when we realize our parents, far from being granted special powers of wisdom and authority, are as vulnerable and confused by life’s pivots as we are.

While Vika, confined to a wheelchair and refusing the company of her peers, cautiously lets her mother in, Asia loosens up in turn. In one wonderfully written scene, Vika tests boundaries by asking her mother to fetch a cigarette from her bedroom drawer; after her initial disapproval, Asia sees the chance to share a smoke with her daughter on the balcony as a more precious opportunity than issuing a parental lecture. A mutual loneliness, too, is what binds the two women, leading “Asia” into its most sensitive and progressive territory. Asia maintains that her daughter is the only worthwhile thing she ever got from a man, even if certain needs are met via a casual affair with a married doctor (Gera Handler). Meanwhile, her insistent independence is of little comfort to Vika, who is desperate not to die a virgin — and harbors a silent crush on Gabi (Tamir Mula), the handsome, kindly fellow nurse whom Asia enlists to assist with her daughter’s care.

As mother and daughter, Yiv and Haas aren’t just a persuasively cast physical match. The two actors seem rhythmically synched, picking up on each other’s expressions and phrasing even at moments of discord. As in “Unorthodox,” Haas offers a study in turbulent currents of feeling beneath a serene, even impassive, surface; Yiv, meanwhile, lets occasional surges of girlish impetuosity splinter her general air of exhausted maternal competence, exposing all edges and angles of a role that writes age 35 as an anxious collision of decades above and below.

Mula makes a strong impression as the outside figure permitted somewhat awkwardly into this tense female household, but “Asia” remains predominantly a two-hander, directed with calm intensity and focus by Pribar. Graduating smoothly from a couple of well-received shorts, the director isn’t at pains to dazzle viewers in her feature debut. From Daniella Nowitz’s muted, intimately lit lensing to the plaintive, judiciously used piano strains of Karni Postel’s score, every formal element of “Asia” serves to illustrate and enrich the tricky, evolving relationship at its center — brushing, rather than milking, the viewer’s tear ducts along the way.