Acting may seem glamorous, but it requires significant commitment to the craft and hard work before ever seeing your name in the credits of a film or television show.

Our three weekends Summer Acting for Stage, Film and Television Intensive is designed to help actors understand the craft of acting, as well as the professional skills needed to succeed on the stage, film and television industry.

IMPORTANT INFORMATION ABOUT THIS PROGRAM:

For the first day of class, please bring a memorized monologue of your choice, something you’re excited to work on.

If you need assistance finding a monologue, here are a few sites we recommend:

ABOUT THE INSTRUCTOR KARINA ARROYAVE 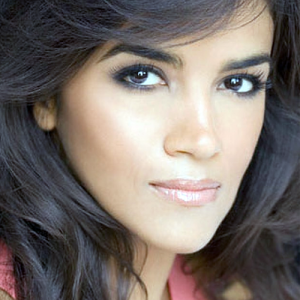 Karina Arroyave was born in Colombia and moved to New York City at the age of 1. She studied acting at Fiorello H. LaGuardia High School and later studied comedic acting at The Groundlings in Los Angeles. She made her stage debut playing the title role in Marisol at the Louisville Humana Festival. In 1993, she made her Broadway debut in the Jane Bowles’ play In the Summer House.

From 1988 to 1994, Karina starred as Bianca Marquez Walsh in the CBS daytime soap opera As the World Turns. She made her film debut in 1989 drama film Lean On Me opposite Morgan Freeman and Beverly Todd. She later had supporting roles in the films Falling Down (1993), Dangerous Minds (1995), One Eight Seven (1997), In Too Deep (1999), and Crash (2004), to name a few. On television, Karina Arroyave played the role of Jamey Farrell during the first season of Fox series 24 from 2001 to 2002. Other television appearances include Criminal Minds:BEYOND BORDERS, The Mysteries of Laura, Law & Order, Law & Order: Special Victims Unit, New York Undercover, The Practice, NYPD Blue and Blue Bloods.

In 2019, Arroyave played Karla Córdova, a Salvadoran detainee, during the final season of Netflix comedy-drama, Orange Is the New Black.

Critics and the public alike hailed Karina Arroyave’s performance of Karla Córdova, a Salvadoran detainee, during the final season of Netflix comedy-drama, Orange Is the New Black as “…one of the most compelling characters in the entire series…” and “…Arroyave’s portrayal of Karla was both captivating and heartbreaking…”  To see a clip of per portrayal of Karla please click on the link below for a peek.