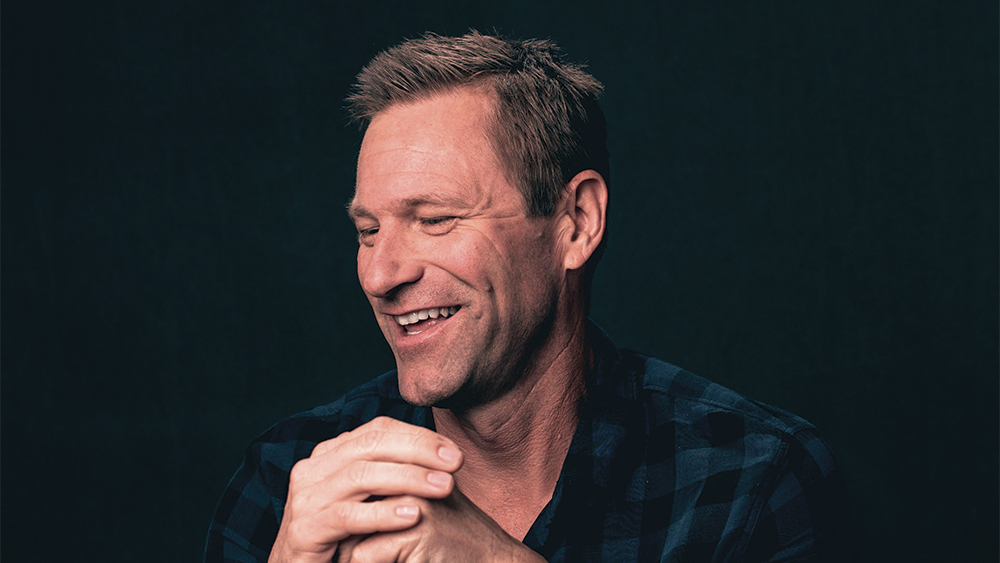 Saban Films has scheduled a Dec. 4 opening in theaters, on demand and on digital for the conspiracy thriller “Wander,” with Aaron Eckhart starring.

“Wander” is directed by April Mullen from a script by Tim Doiron. It also stars Katheryn Winnick, Heather Graham and Tommy Lee Jones.

Echhart’s character is hired to probe a suspicious death in the small town of Wander, then becomes convinced the case is linked to the same conspiracy cover up that caused the death of his daughter. The film was shot last year in New Mexico.

Jonathan Mostow  has signed on to write and direct the feature film based on the true story of American businessman Chris Catrambone, founder of the Migrant Offshore Aid Station.

“Chris Catrambone is living proof of how one person’s passion can save lives,” said Mostow. “When he saw the world standing idle as scores of refugees drowned in the Mediterranean, he took it upon himself to do something. I’m honored to be able to tell his story.”

Mostow’s credits include “U-571,” “Terminator 3: Rise of the Machines,” “Breakdown,” “The Last Ship,” “From the Earth to the Moon” and “Flight Of Black Angel. Scott Gardenhour is producing. The project is slated for a late 2021 start to production.

Patrick Hughes will direct the film written by Robbie Fox and Chris Bremner, from a story by Fox and Jason Blumenthal. Sony Pictures will release the film on Sept. 17, 2021.

The story follows the chaos that ensues after the world’s deadliest assassin and a stranger, played by Hart, run into each other at an Airbnb. Todd Black, Blumenthal and Steve Tisch are producing. The news was first reported by Deadline Hollywood.

Lee Isaac Chung’s family drama “Minari’ has won the audience award for narrative film and the ensemble cast award at the Middleburg Film Festival, presented as a four-day hybrid event.

The film follows a Korean-American family that moves to a tiny Arkansas farm in search of their own American Dream. Starring Steven Yeun, Yeri Han, Alan Kim, Noel Kate Cho, Scott Haze and Will Patton, the film is inspired by Chung’s own childhood.

The audience award for best documentary film at the Virginia festival went to Byran Fogel’s “The Dissident,” which explores the 2018 murder of Washington Post journalist Jamal Khashoggi and Saudi Arabia’s efforts to control dissent.

The film will receive a $200,000 finishing grant to assist with post-production costs. Produced by Amir Soltani and Tia Wou, “Hold Your Fire” is a feature-length documentary that uncovers the untold story behind the longest hostage siege in New York Police Department history in 1973 at a Brooklyn sporting goods store, when four young Black men stealing guns for self-defense were cornered by the NYPD and a  violent gun battle ensued.

Harvey Schlossberg, an NYPD officer with a doctorate in psychology who had been tasked with finding a solution to the tragic hostage crises at Attica and the Munich Olympics, helped stave off a bloodbath and create modern hostage negotiation. Production on “Hold Your Fire” began in 2014.

“Poisoned,” Jennifer Donnelly’s young adult fantasy novel is in development as a feature film as a followup to her “Stepsister,” which was launched as a film project last year.

Both projects are set with the same producers. Endeavor Content acquired the rights to the novels, partnering with the female creative producing team of Lynette Howell Taylor’s 51 Entertainment and Bruna Papandrea’s Made Up Stories.

“Poisoned” is a reimagining of Snow White with the central character Sophie being aided by seven mysterious strangers to survive in the forest while facing a terrifying enemy. “Stepsister” is feminist retelling of Cinderella. Emma Frost has written the screenplay for that film adaption.

Rich Lee will direct from a Kenneth Golde script that contains themes of privacy and surveillance. Universal plans to go into production this month on the project, which is part of their five-picture deal with Bekmambetov for projects similar to his 2014 film “Unfriended,” which utilized his Screenlife format within the world of smartphones and computer screens.

Longoria was most recently seen in “Dora and the Lost City OfGold” and “Sylvie’s Love.” She is attached to “Flamin’ Hot” for Searchlight, “Spa Day” for Sony and “24/7” for Universal, which she will also direct. The news was first reported by Deadline Hollywood.

Paradigm Talent Agency has signed a two-year agreement to be the exclusive agency partner for Film2Future, a non-profit organization building a direct pipeline into the entertainment industry for underserved, low-income youth aged 14-18.

Since 2016, over 125 students have completed Film2Future’s intensive program, and more than 50 students over the age of 18 have accepted paid internships or production positions at studios and production companies, including Shondaland, Netflix, NBC, CBS and more, working on shows like “Glow,” “Grey’s Anatomy” and “Brooklyn Nine-Nine.”

Gravitas Ventures has acquired worldwide rights to the holiday comedy “King of Knives” for digital release on Dec. 1, Variety has learned exclusively.

The story centers on baby boomer parents and and their millennial daughters, written by Lindsay Joy with story by Gene Pope and directed by Jon Delgado. The film stars Pope, Mel Harris, Roxi Pope and Emily Bennett.